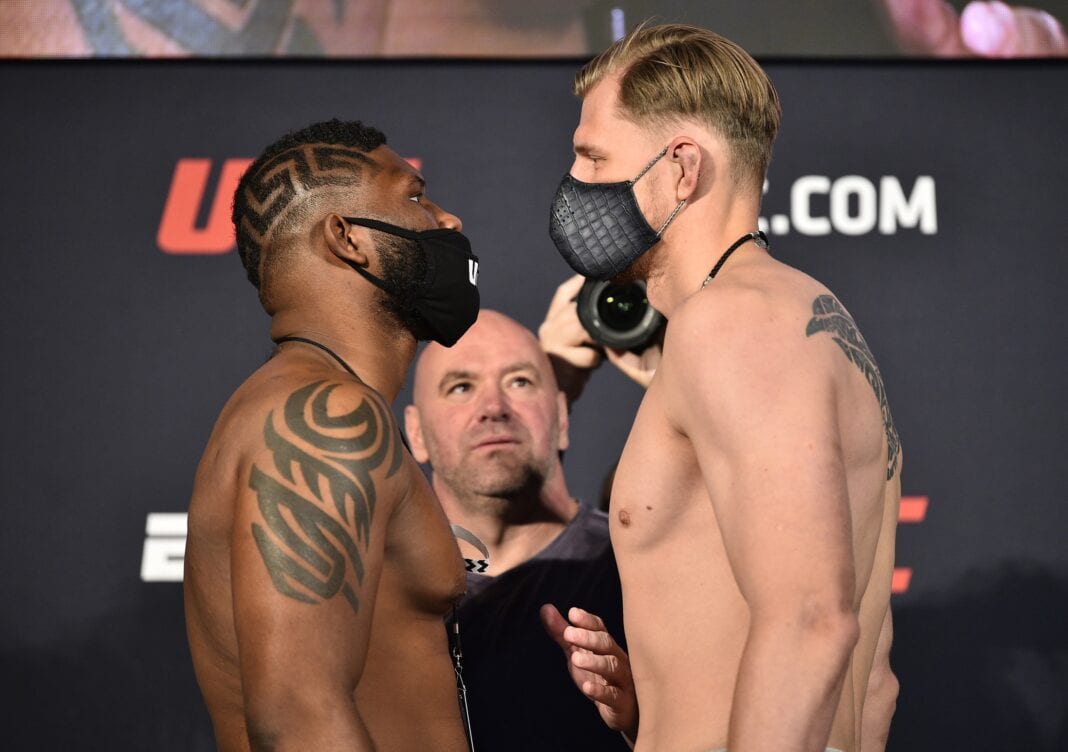 LowKickMMA will be bringing you UFC Fight Night: Blaydes vs. Volkov results throughout tonight (Sat. 20th June, 2020) from the UFC Apex, Las Vegas.

In the main event of the evening, we will see a matchup between #3 ranked heavyweight contender Curtis Blaydes and #7 ranked Alexander Volkov. Both men are looking to put there names into heavyweight title contention by making a statement at the UFC Apex. coming off a TKO victory of Junior Dos Santos, Blaydes proved that while he has high level wrestling he is also very dangerous on the feet. Volkov is coming off a unanimous decision victory in a short notice bout against Greg Hardy. Volkov dominated the rising star for the duration of three rounds leaving no doubt in the judges minds who should take the victory.

The co-main event will feature a match up between two ranked featherweights looking to climb the rankings and find their way into the featherweight title picture.

Check out our UFC Fight Night: Blaydes vs. Volkov results below. Also, make sure to follow along with us on twitter @LowKick_MMA