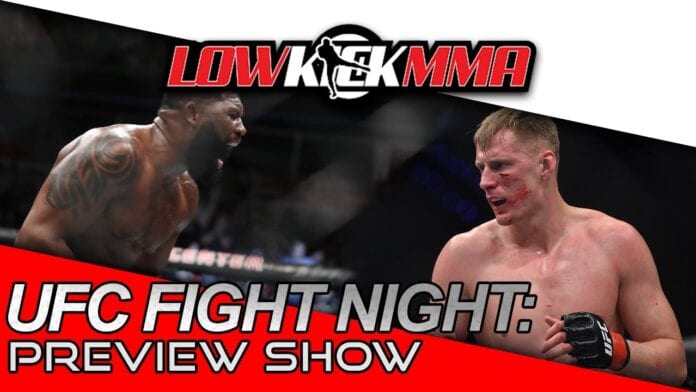 This Saturday (June 20) heavyweight contenders collide in the UFC Fight Night: Blaydes vs. Volkov main event. Curtis Blaydes emphatically bounced back from his quick KO defeat against Francis Ngannou to stop former champion, Junior Dos Santos, inside two rounds last time out. Alexander Volkov rebounded from his own KO defeat against Derrick Lewis to beat the controversial former NFL star Greg Hardy in his last fight. The winner of this fight will be on the cusp of a title shot but will probably need another big win before they face off against the likes of Ngannou, Daniel Cormier, or heavyweight king Stipe Miocic.

Join LowKickMMA site manager Jordan Ellis and Ryan Galloway as they break down this fight and all the others on this stacked card.

Are you excited about UFC Fight Night: Blaydes vs. Volkov?