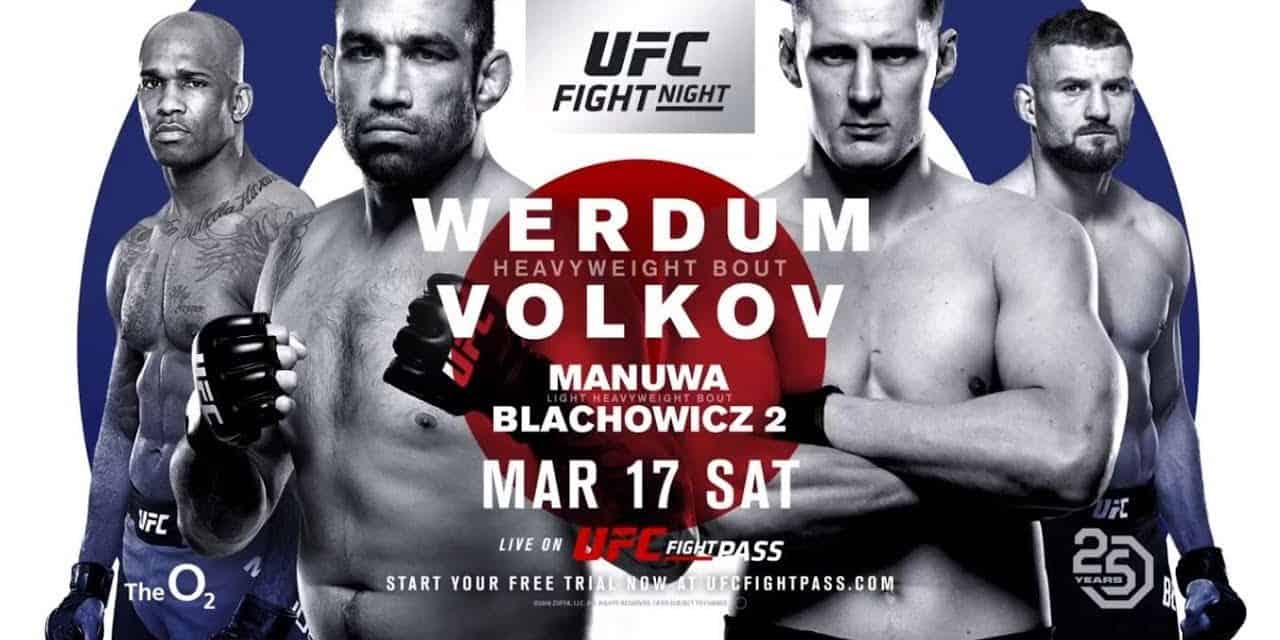 The UFC returns to the O2 Arena in London, England tonight (Sat. March 17, 2018) for UFC Fight Night 127. In the main event of the evening former UFC heavyweight champion Fabricio Werdum will take on No. 8-ranked Alexander Volkav in an interesting match-up.

Before that, however, the card will be co-main evented by a light heavyweight collision between Jimi Manuwa and Jan Blachowicz. Also on the card is a bantamweight bout between Tom Duquesnoy and Terrion Ware; as well as a welterweight fight between Leon Edwards and Peter  Sobotta.

You can check out the full fight card, start time, and information on how to watch here below: