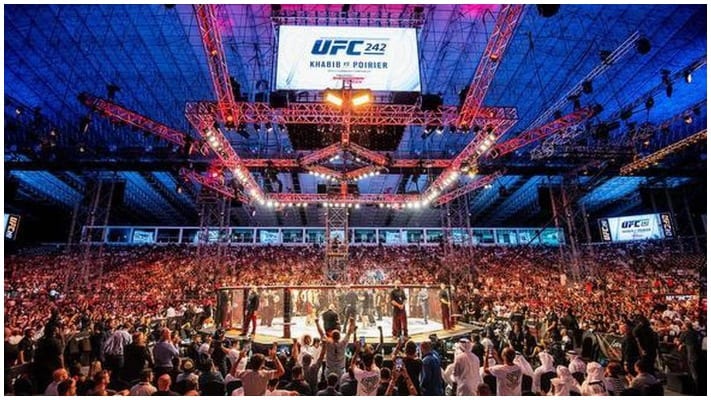 Fans will be in attendance at the upcoming UFC Fight Island events this month.

There have been no fans in attendance at a UFC event since UFC 248 took place last March due to the ongoing COVID-19 pandemic.

However, that will no longer be the case as Abu Dhabi’s Department of Culture and Tourism confirmed Thursday (via MMA Junkie) that the UFC’s next three events would take place at Etihad Arena — notably also on Yas Island — instead of the Flash Forum.

Additionally, a “limited number of spectators” will be allowed to watch the events. There is no word on how many fans exactly will be permitted as of now.

Of course, this was hinted at by UFC president Dana White back in November.

“I’m looking to make it International Fight Week,” White said of the events leading up to UFC 257. “The new Etihad Arena will be open, and that thing was designed with us in mind. Concerts, pool parties, all kinds of cool stuff. And, yes, I hope to bring fans back. … That’s what I’m shooting for.

“It would be good to have fans. And the thing is, from ‘Fight Island’ we can get fans all over the world there. It’s an easy destination to get to, a fun destination to go to, and we can just (expletive) blow the doors off this thing.

“I’m ready for some fights with fans. I’m ready to go to a live concert. I’m ready to have some parties. I’m gonna go to all this shit. I want to mingle with the fans again. I want the fans back. We’ve figured this whole thing out up to now. We’ll figure out how to do do this safely and pull this thing off in Abu Dhabi.”

Are you excited to see fans back in attendance?