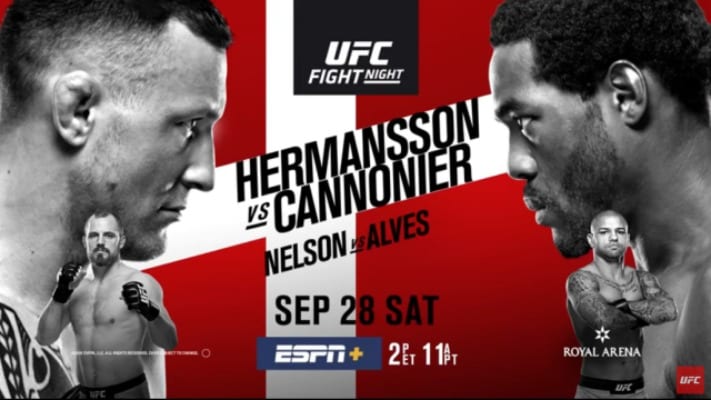 LowKickMMA will be providing you with UFC Copenhagen results throughout the night. The show goes down from the Royal Arena in Copenhagen, Denmark.

In the main event of the night, middleweights Jack Hermansson and Jared Cannonier go head-to-head in a fight that could very well play a major role in the 185-pound title picture. Also, Gilbert Burns will meet Gunnar Nelson in welterweight action. Ion Cutelaba will face Khalil Rountree at light heavyweight. And Michal Oleksiejczuk takes on Ovince Saint Preux at 205 pounds.

The UFC has compiled a great night of fights for the Denmark crowd tonight. Check out our UFC Copenhagen results below. Also, be sure to follow along with us on Twitter @LowKick_MMA.