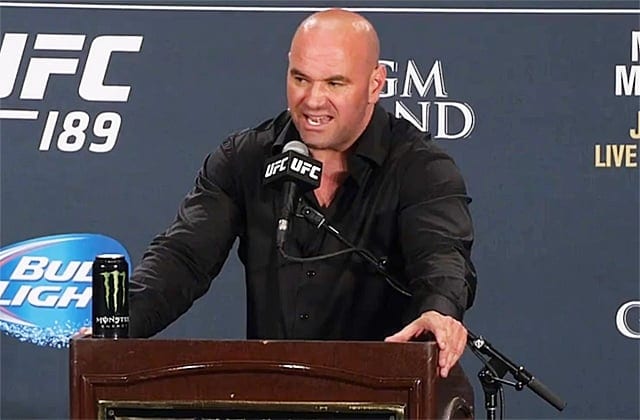 One former welterweight prospect and a slew of other UFC fighters have been cut from the world’s leading MMA promotion.

Brandon Thatch, who just a few years ago was a highly touted prospect, is among the ten fighters who were given their walking papers this week, according to UFC Fighters Info.

Nate Diaz’s friend and training partner Chris Avila is also one of the names dashed from the UFC’s roster, after having lost his Octagon debut against Artem Lobov at UFC 202.

The remaining fighters who were cut this week are:

Thatch had entered the UFC with a 9-1 record back in 2013 before picking up two quick victories in th Octagon. The Coloradan fell in his last four fights, losing to Benson Henderson, Gunner Nelson, Siyar Bahadurzara, and most recently Niko Price at UFC 207.

Jingliang remains a top prospect out of China, and had picked up a respectable 4-2 record inside the Octagon before having his name removed from the UFC’s online roster.

However, Jingliang is coming off of a second round knockout victory over Bobby Nash in January, meaning his contract could have been up and he just hasn’t signed a new one with the UFC yet.

With the UFC trimming it’s roster in recent months, this appears to be the latest purge of fighters who will now have to work their way back into the UFC.