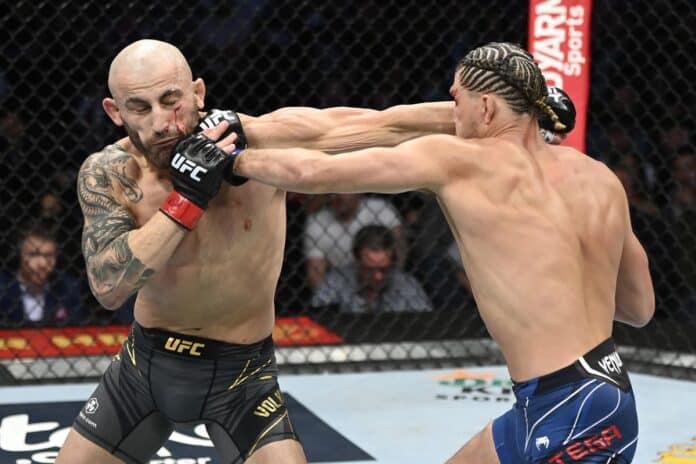 UFC 266 was a fantastic card with some great fights. There were some amazing finishes and performances this Saturday.

Here are some of the fighters that walked away with an extra ,000 on behalf of UFC President Dana White.

‘Fight of the Night’: Alexander Volkanovski vs Brian Ortega

‘Performance of the Night’: Merab Dvalishvili

Dvalishvili appeared to be down and out of the fight against Marlon Moraes multiple times in the first round. He ended up rallying back and taking down Moraes 4 times before the fight was stopped in the 2nd round by TKO (ground and pound).

‘Performance of the Night’: Chris Daukaus

Chris Daukaus has now put together a 4 fight UFC win streak and has propelled himself even higher in the rankings after his 2nd TKO of Shamil Abdurakhimov. This is now Daukaus’s 3rd bonus check in 4 fights with the UFC. The young fighter is making a big name for himself quickly in the heavyweight division.

Do you think the right people got bonus money at UFC 266?