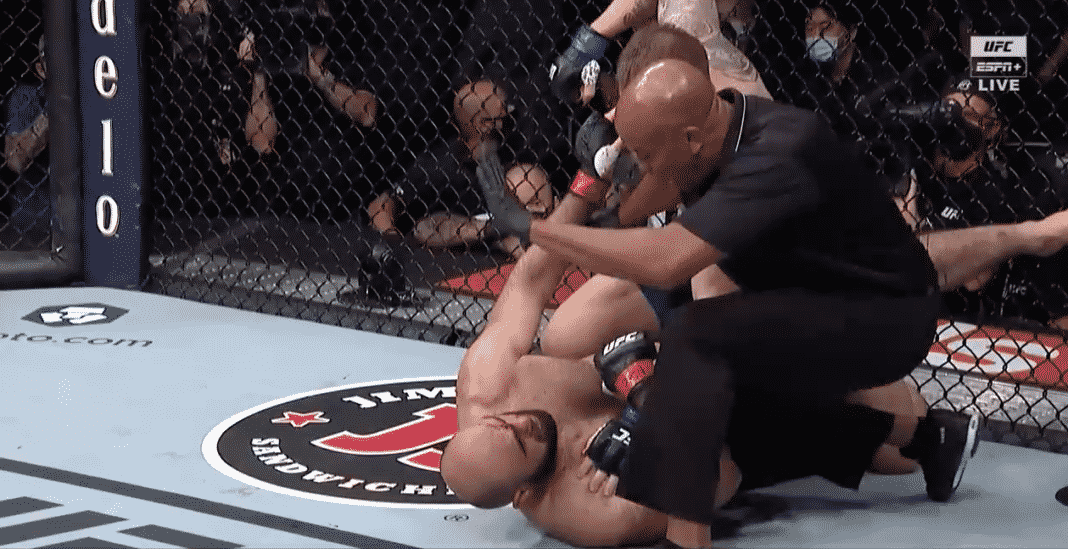 UFC heavyweight prospect, Chris Daukaus has lodged arguably his most impressive professional victory — stopping the top-10 ranked contender, Shamil Abdurakhimov with a massive second round knockout on the preliminary card of UFC 266.

Entering the pairing as the #10 ranked contender in the promotion’s heavyweight division, Philidelphia native, Daukaus had lodged prior successes against Parker Porter, Rodrigo Nascimento, as well as veteran submission ace, Aleksei Oleinik before tonight’s splendid knockout win over Abdurakhimov.

Dropping the Dagestan native with a massive left hook before the close of the opening round, soon thereafter in the second frame, Daukaus connected with a flush straight right hand, dropping Abdurakhimov once again before finishing with a slew of ground strikes and elbows.

Below, catch the highlights from Daukaus’ massive knockout victory over Abdurakhimov.