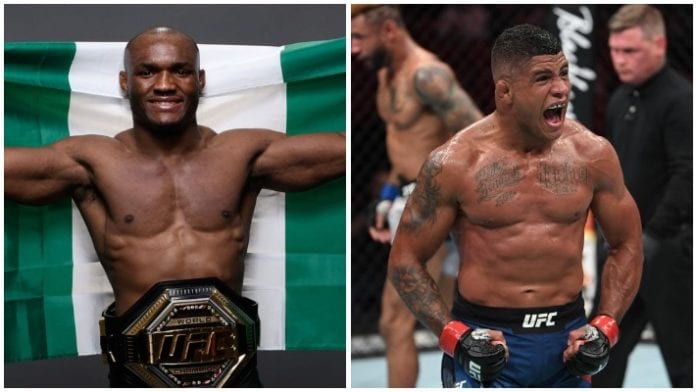 Welterweight king Kamaru Usman is looking to make the third defence of his title in the UFC 258 main event. Gilbert Burns who was previously a long-time training partner of ‘The Nigerian Nightmare’ is the man tasked with dethroning the champ. Burns has established himself as the top welterweight contender with signature wins over BJJ wizard Demian Maia and former 170lb champion Tyron Woodley.

Join LowKickMMA as we make our picks for the UFC 258 main event as well as several other bouts on the card.

If you’re backing our fight night picks head to OlyBet Betting for the best UFC odds.

In what many believe is a 50/50 fight, Kamaru Usman is actually a significant favourite with the bookmakers at odds of -275. Gilbert is the underdog at +225.

You can see why the oddsmakers are backing Usman to win. He’s looked dominant throughout his welterweight title run and even more so since capturing the belt. The most impressive traits of the champ are his well roundedness and adaptability. Usman is able to seamlessly slip from one martial art to the other depending on who stands in front of him.

Burns has several key advantages in this fight in our opinion. The Brazilian is obviously the better submission fighter. If this fight goes to the ground, you’d fancy him to force the tap. He’s also a better striker. In a fight that probably will be largely contested on the feet this is a key advantage.

Ultimately, we are picking Burns. We’d like to make a hugely convincing argument as to why he will win but the fact is we can’t. This is a genuine 50/50 fight and the reason we are stumping for Burns is because the bookmakers are offering a huge price on someone who is a very live dog in the UFC 258 main event.

We really like Maycee Barber heading into this fight. The 22-year-old lost last time out and has been nursing a serious knee injury ever since. However, her run through the flyweight division prior to that was super impressive.

Alexa Grasso is a really talented fighter herself but could be undersized in only her second flyweight fight. The Mexican has spent the majority of her career at 115lbs and may struggle to handle someone like Barber who is the slight underdog at +100. Grasso can be found at odds of -125.

MMA has levels and we expect that fact to become apparent during this fight. Kelvin Gastelum may be on a bad run but he an elite-level fighter that has competed for UFC gold. He’s the -225 favourite and we expect the Ultimate Fighter winner to prove why at UFC 258.

Ian Heinisch is talented, game and tough but in our opinion just won’t have enough to overcome Gastelum. If you fancy him to do so you can find him at odds of +188

Finally, we have a prediction for this really fun fight that opens up the UFC 258 main card.

Bobby Green is a considerable favourite at odds of -250 to beat +200 underdog Jim Miller.

A quick glance at both men’s recent for and you can see why the bookmakers fancy Green to get the win. He enjoyed a good 2020 picking up three wins in four fights.

Miller hasn’t been poor lately by any means with three wins in his last five fights. However, the 37-year-old is far away from his peak years where he was one of the best lightweight fighters in MMA.

So, we’ll be adding Bobby Green to our bet this weekend. 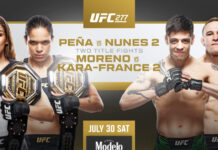 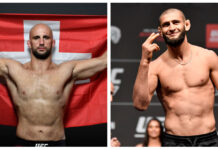 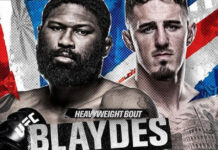