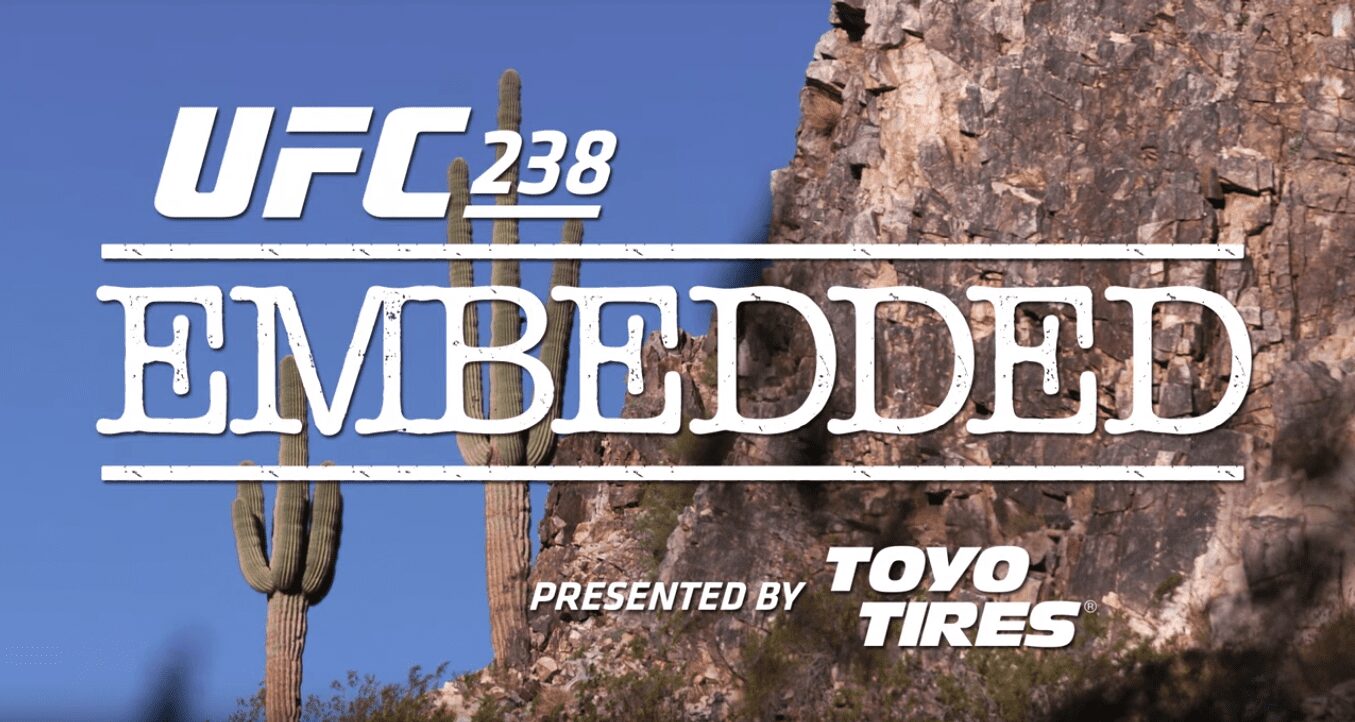 UFC 238 is less than a week away and the first episode of Embedded was released on the UFC’s YouTube channel.

Women’s flyweight champion Valentina Shevchenko works out in the fifth city of her globe-spanning training for UFC 238, as opponent Jessica Eye finishes her first ever Las Vegas-based camp. Cejudo recovers in a cryotherapy tank and a hypobaric conditioning pod, as Moraes spends time at home with his son.