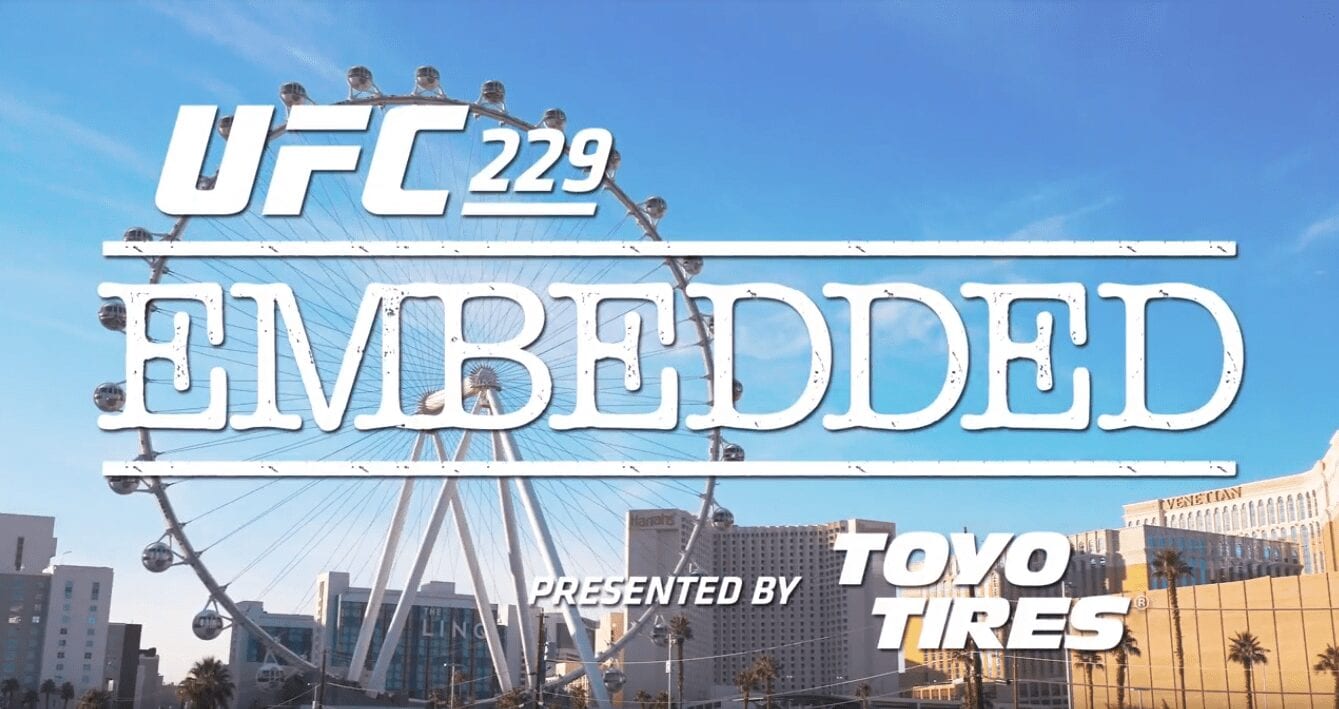 UFC 229 is less than a week away and the second episode of Embedded was released on the UFC’s YouTube channel.

In the episode, lightweight champion Khabib Nurmagomedov takes in BJJ and BBQ with the Vegas branch of his MMA family. Two-division champion Conor McGregor tapers his training at the UFC Performance Institute.

Lightweight Tony Ferguson stays sharp with elements of basketball and rola bola, while opponent Anthony Pettis keeps comfortable in combat at his longtime Milwaukee gym. And strawweight star Michelle Waterson kicks off her fight week with a song.