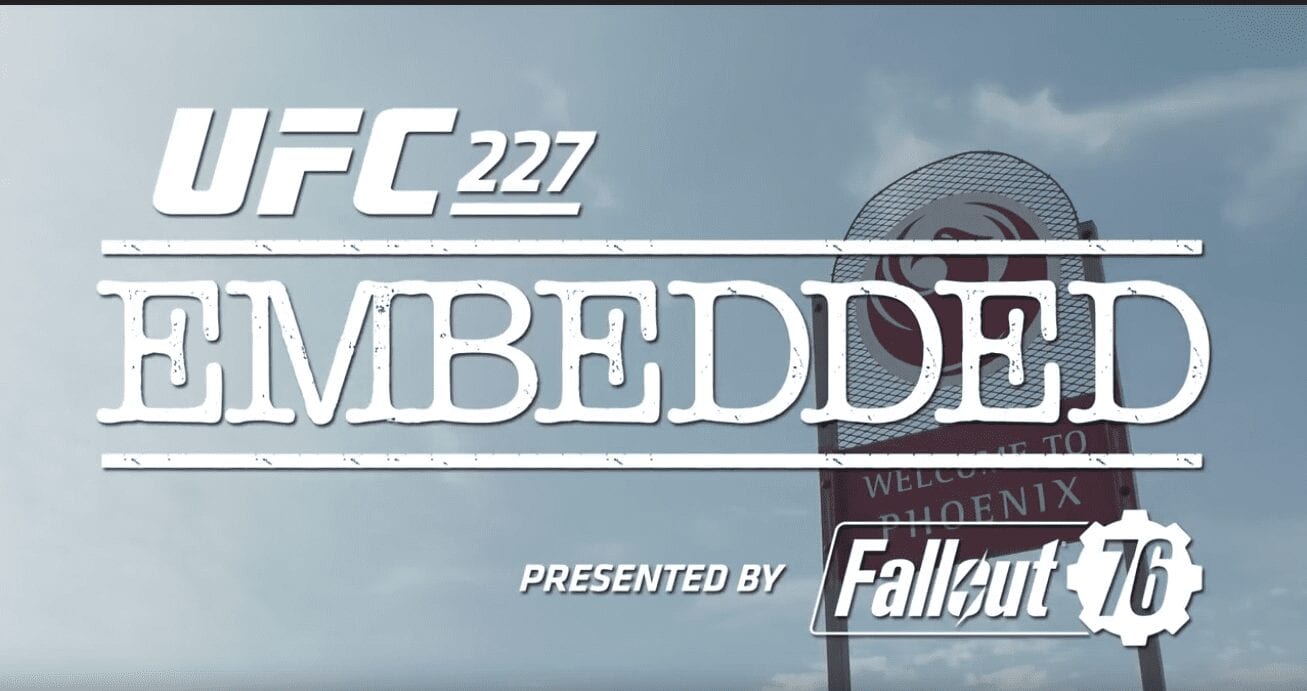 UFC 227 is a day away and the episode of fourth Embedded was released on the UFC’s YouTube channel.

Debuting middleweight Kevin Holland discovers the benefits of being followed by a camera, as veteran Thiago Santos vows to shut him down on Saturday night. Then the athletes of the main and co-main events entertain fans at open workouts.