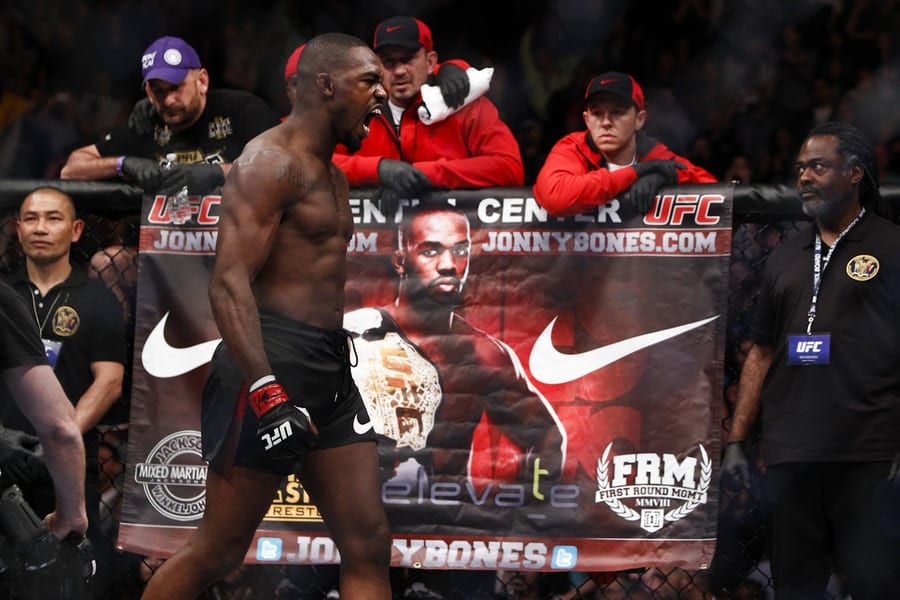 Hot on the heels of today’s announcement that Robbie Lawler vs. Rory MacDonald would join Jose Aldo vs. Conor McGregor as the second title fight at July’s UFC 189, the UFC has outdone itself on a huge day for MMA news by announcing three huge match-ups for May 23’s upcoming UFC 187 pay-per-view event from Las Vegas, Nevada.

Ariel Helwani had the scoop on UFC Tonight:

“UFC President Dana White has confirmed to me that the main event for the May 23 show in Las Vegas, Nevada, will be Jon Jones vs. Anthony Johnson. The co-main event, the co-headlining act, if you will, will be Chris Weidman defending his title against Vitor Belfort. Also on the card, as we told last week on this very show, Donald Cerrone will fight Khabib Nurmagomedov. All three of those fights confirmed by UFC President Dana White.”

Those are three amazing match-ups to be certain, and the two title fights are undoubtedly a pair of the most anticipated fights currently going in MMA. “Rumble” arguably has the most momentum of any fighter in the world after defeating Alexander Gustafsson in the main event of UFC on FOX to score his seventh straight win, but he’ll face the No. 1 pound-for-pound fighter in Jones.

Weidman and Belfort have been scheduled to face off for the belt on numerous occasions, the first being at May 2014’s UFC 173. But Belfort’s failed drug test and two injuries to Weidman ruined the first proposed bouts and the subsequent reschedulings at UFC 181 and 184, respectively.

Meanwhile, the surging Cerrone and the undefeated Nurmagomedov will meet for the perceived shot at the lightweight belt, which will next be contested when Anthony Pettis meets Rafael dos Anjos at March 14’s UFC 185. The bout was originally set for last September’s UFC 178 until Nurmagomedov was hurt in training right after the announcement.

A heavyweight slugfest between Travis Browne and Andrei Arlovski and a flyweight scrap between Joseph Benavidez and John Moraga was later added to the card.

With the stage set for possibly the UFC’s most stacked card of 2015, who are your early picks to win this Memorial Day?