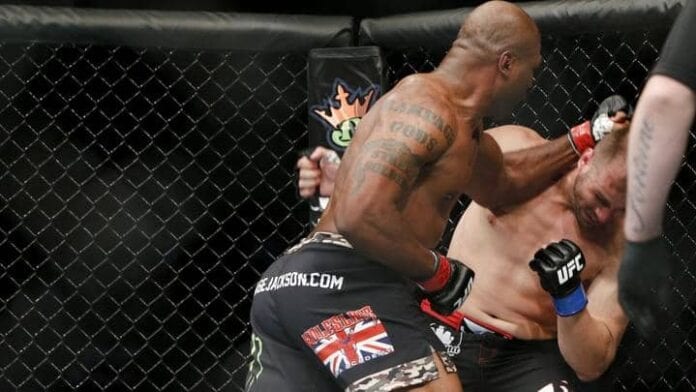 Quinton Jackson got just what he wanted last night (Saturday April 25th, 2015) in the form of willing slugger Fabio Maldonado. The Brazilian wasn’t able to deliver on his ‘dream match’ though, as he was pretty much shut out at the end of the three round affair.

‘Rampage’ looked a lot sharper than we’ve seen him before, and managed to mix in some different techniques than we are used to seeing from the heavy-handed boxer. The finish wasn’t there for the Pride FC veteran, but he was triumphant in return to the UFC with a unanimous decision win.

“The Iron Hillbilly” proved once again that he is incredibly tough, but perhaps not made to fight amongst the elite of the division. He really wasn’t able to mount any sort of offensive striking or grappling that made Jackson uncomfortable during the bout.

All in all, quite a fun fight. Check out the UFC 186: Rampage Jackson vs. Fabio Maldonado video highlights above, and stay tuned to LowKickMMA!