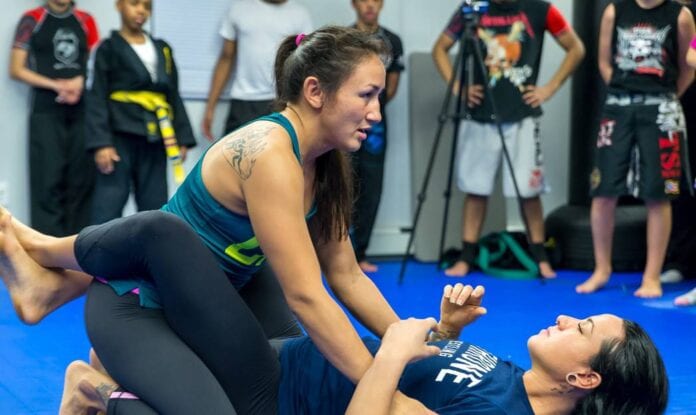 Earlier today several fighters participated in the traditional open workouts for the media and fans  in preparation for this weekend’s (Saturday, March 14, 2015) UFC 185 pay-per-view (PPV) event from the American Airlines Center in Dallas, Texas.

Watch above as lightweight champion Anthony Pettis put the finishing touches on training to make his second title defense in three months against surging No. 1 contender Rafael dos Anjos.

Women’s strawweight champion Carla Esparza was also on hand looking sharp as she readies for her first title defense against Joanna Jedrzejczyk, who also looked sharp while receiving love from the Texas fans.

Former welterweight champion Johny Hendricks appeared for his hometown fans to show off what he’s called a successful weight cut. “Bigg Rigg” gained a roaring response while looking ripped and ready for his potential title eliminator against Matt “The Immortal” Brown.