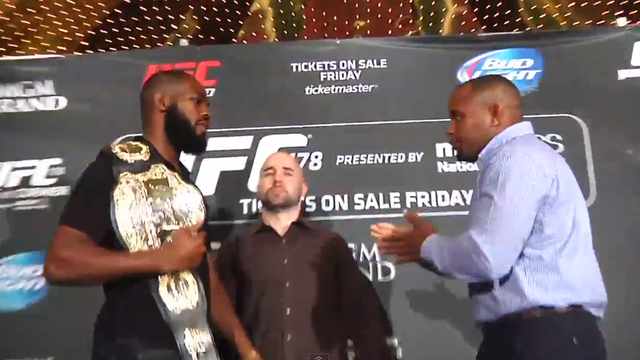 Jon Jones and Daniel Cormier are less than a business week away from colliding at UFC 182. The two enemies will finally put an end to a grudge that spans back years, ever since “DC” was talking about joining the UFC from Strikeforce. Now, as the day itself is on our doorstep, the promotion continues to chuck us some great hype material.

As always during fight week, the UFC has released their live blog promoting the event. UFC 182 embedded episode 1 includes some pretty decent training footage. Jones works on and talks about his gameplan to defeat Cormier, and “DC” puts in some serious work in San Jose, California. In fact, the challenger looks possessed!

Also check out Donald Cerrone and Myles Jury’s segment on UFC 182 embedded episode 1. “Fury” seems to be pretty chilled out ahead of his co-main event slot. “Cowboy” can be seen snowmobiling in Colarado.

Check out the UFC 182 embedded episode 1 vlog below, and stay tuned to LowKickMMA!