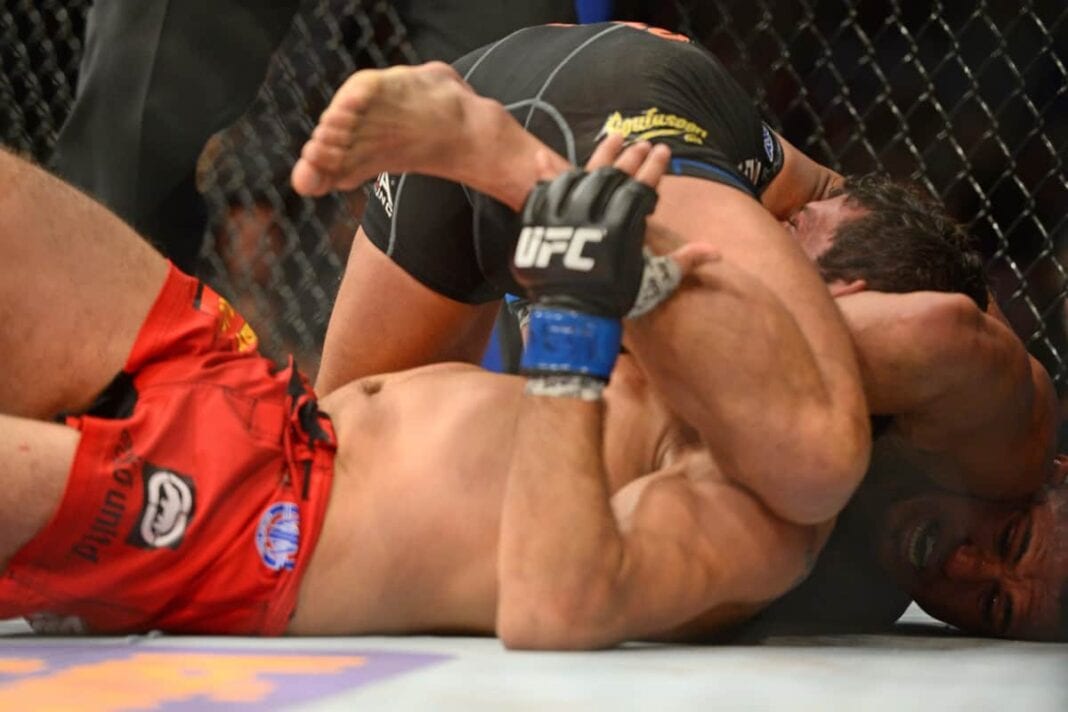 After a trying year out of action following surgery for a torn PCL, UFC lightweight champion Anthony Pettis needed to make a statement in his first title defense against Gilbert Melendez in the co-main event of last night’s (Sat., December 6, 2014) from Las Vegas, Nevada.

“Showtime” did just that, turning Melendez’ pressure-heavy gameplan against him and rocking “El Nino” with a hard counter right hand before securing a fight-ending guillotine choke off of a sloppy double leg attempt.

It was a telling win for Pettis, his second straight submission win over truly elite competition. With his first title defense over and done with, Pettis now has a lot of work to do as one of the most prominent champions in the UFC.

Check out the highlights of his decisive win below: