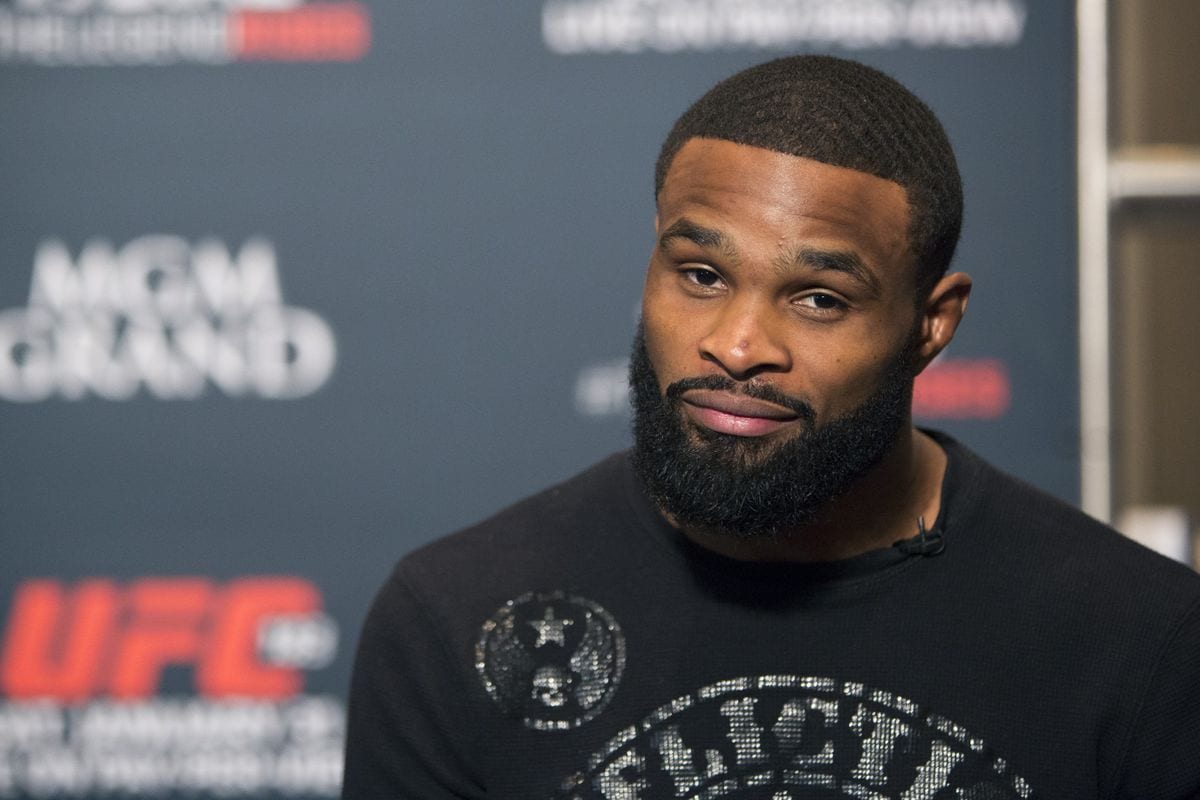 Former UFC welterweight champion Tyron Woodley has pulled out of his scheduled fight at the upcoming UFC Minneapolis event.

A rematch between Woodley and Robbie Lawler was supposed to headline this show. In their first fight, Woodley defeated Lawler by first-round knockout at UFC 201 in July 2016 to claim the welterweight belt.

The news was made by ESPN MMA reporter Brett Okamoto on Friday morning who revealed that Woodley is dealing with a hand injury. There is no immediate timeframe for Woodley’s return. Now, the UFC is trying to find a replacement for Woodley to fight Lawler.

“BREAKING: Tyron Woodley has been forced to withdraw from his June 29 bout against Robbie Lawler due to injury, per sources. UFC looking for a replacement to keep Lawler on the card in Minneapolis. More info coming soon to @ESPN.”

UFC Minneapolis is set to take place on Saturday, June 29, 2019 at the Target Center in Minneapolis, Minnesota.

The promotion will be announcing more bouts for this show in the coming weeks. Here’s the updated card: