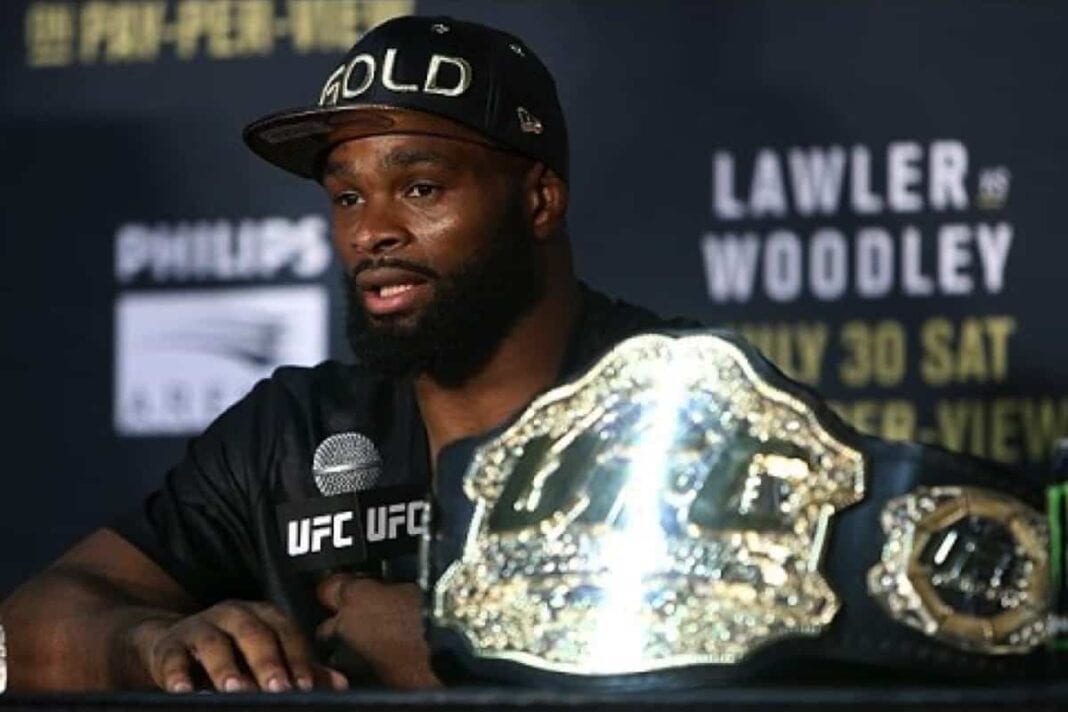 UFC welterweight champion Tyron Woodley is pumping the breaks on a Stephen ‘Wonderboy’ Thompson matchup for his first title defense.

Earlier today UFC President Dana White revealed in an interview with UFC.com that the No. 2-ranked ‘Wonderboy’ will get the first shot at the new 170-pound champ, and Thompson was ecstatic to hear the news.

Thompson took to his official Facebook page to thank White for the opportunity, and promises he will take the welterweight strap home:

“BOOYAH!!!!! Thank you Dana White! Thank you UFC! Extreme Thank you to all the fans that supported me and this title shot! Time to get to work and bring that belt home!!!!!”

This is apparently news to Woodley, who claims he has yet to agree to fight anyone for his first title defense, and has yet to hear from the UFC on a bout with Thompson:

Funny how there is an official fight announced and I 1) Havent spoken to anyone 2) Agreed on opponent or date 3) Signed a bout agreement. ????????

Woodley (16-3) is coming off of a thunderous first round knockout of former champion Robbie Lawler in the main event of UFC 201, in which he secured the first UFC title in his seven-year mixed martial arts (MMA) career.

Following the bout ‘The Chosen One’ began to heavily campaign for ‘super-fights’ against proven commodities such as former 170-pound kingpin Georges St-Pierre and the trash-talking Stockton Native Nick Diaz.

No official confirmation of a contest between Woodley and Thompson has yet been made, but keep in locked with LowKick and we’ll keep you updated as we learn more…