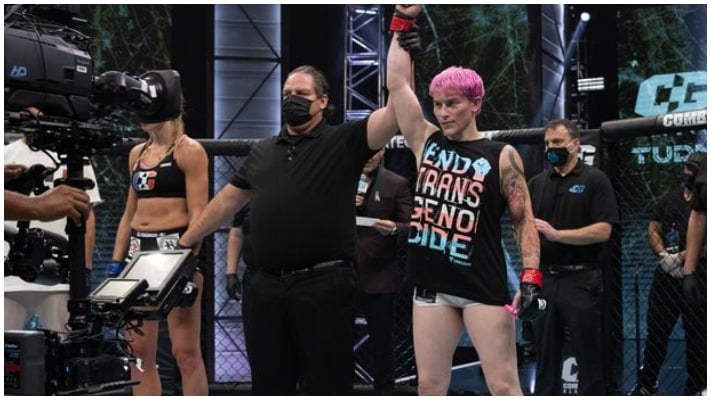 Transgender fighter Alana McLaughlin was victorious in her MMA debut against Celine Provost on Friday night, although it did not come without extensive perseverance.

McLaughlin, 38, is the first openly transgender Mixed Martial Arts fighter since Fallon Fox made her bow in the octagon in 2014. McLaughlin was able to secure a second-round victory by choking out Provost, although she survived being badly rocked in the first round. She was then able to mount a comeback to force a submission on her opponent.

This fight was initially scheduled for August 6 but was unfortunately postponed following Provost testing positive for Coronavirus in July. For her part, McLaughlin passed all of her medical requirements before making her debut, including various hormone assessments.

She recently began MMA training and cites Fallon Fox, who won five of her six professional fights between 2012 and 2014, as her inspiration.

“I want to pick up the mantle that Fallon put down. Right now, I’m following in Fallon’s footsteps. I’m just another step along the way and it’s my great hope that there are more to follow behind me.”

What do you think of transgender fighters competing in MMA?