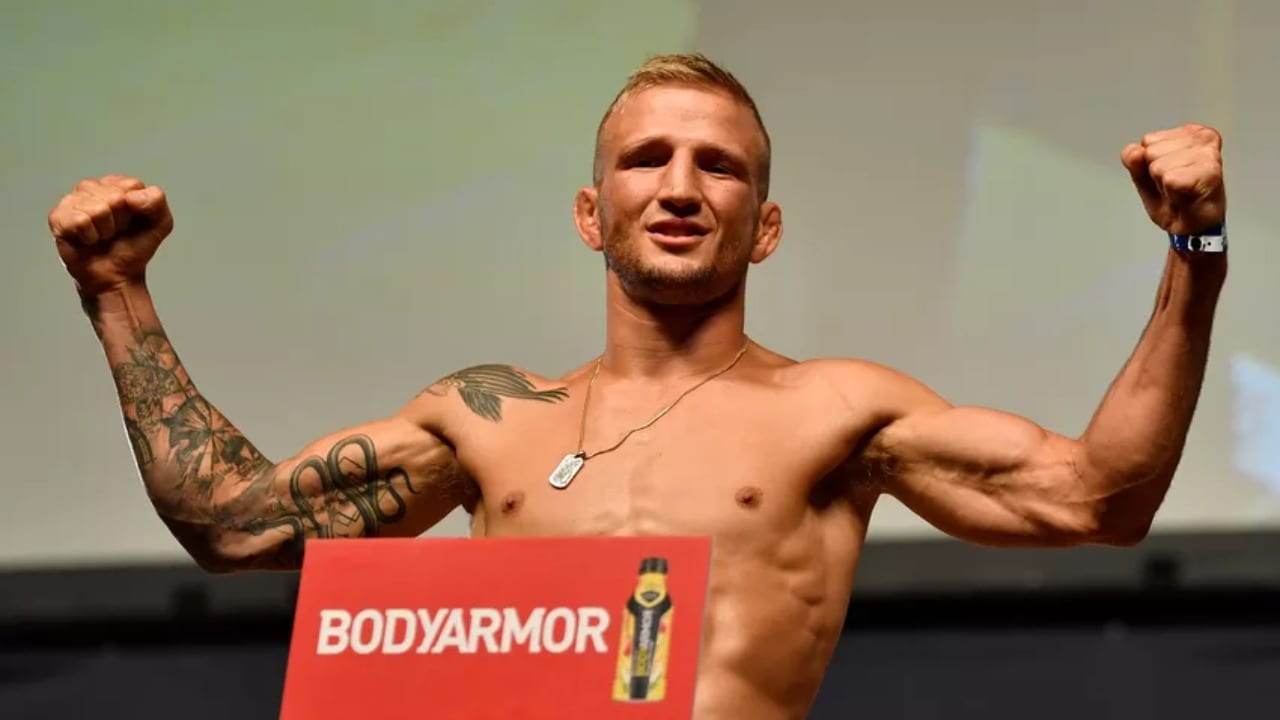 TJ Dillashaw has voluntarily relinquished the UFC bantamweight title after being informed of an adverse finding by USADA.

This all comes after his failed attempt to become a two-division champion. Henry Cejudo finished the UFC bantamweight champion to successfully retain the UFC flyweight title in the headliner of UFC on ESPN+ 1.

This event down on January 19, 2019 at Barclays Center in Brooklyn, New York. The sequence saw Dillashaw being rocked twice and dropped before being finished on the ground.

The finding was taken for this fight. He made the news public on Wednesday morning in a post on his official Instagram account. Dillashaw wrote the following:

The expectation was that Cejudo would move up a weight class in order to do an immediate rematch against Dillashaw to challenge for the bantamweight title. Obviously, that idea is put on hold as a result of this finding.