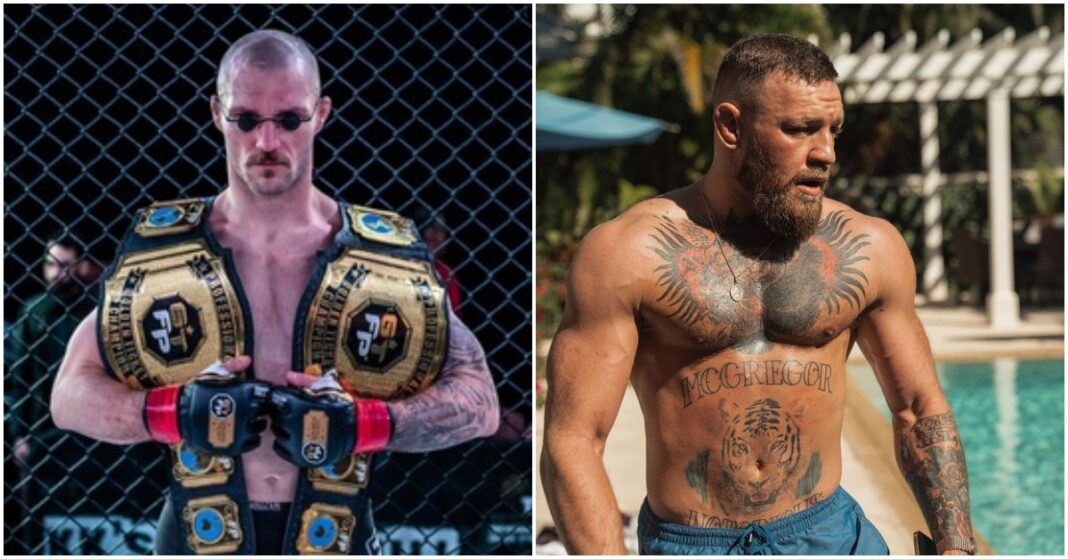 Thomas Paull, a deaf MMA fighter calls Dana White for his shot in the UFC and already has his eyes on the sports’ biggest names.

Paull, who has been deaf from birth, has competed professionally in MMA since 2015 and has amassed an 11-3 record; impressively the ‘Juggernaut’ has won all his fights by KO/TKO.

The Englishman currently competes in the UK-based promotional company, Golden Ticket, where he currently holds their lightweight title. His latest bout would see him brutally knock out Perry Goodwin with a devastating left hook.

“I’d love to fight Conor McGregor,” Paull added. “The second one would be Paddy Pimblett, because he’s from the North and I’m from the South. Come on Paddy, I’ll fight you.”

Being deaf, Paull was a target for bullying but MMA gave him an outlet: “when I grew up I was drawn to fighting because I was bullied for my hearing.”

“That made me more intrigued to learn more about fighting and to fight back so I was involved and not left out, then I took up MMA professional and it’s gone from there. It’s a disadvantage I can’t hear, can’t hear in training, but when I’m in the ring I’m fully focused. I can definitely fight.”

“While there are deaf role models in sport, they are only known in the deaf community,” he continued. “They are never blended into mainstream sport. “We have so much potential in our deaf community and I hope to be the person that can merge the two together. If we are given the chance, it will be bang on. So I’m hoping to be the person to build that.”

If Paull was to enter the UFC, he would join Askar Askarov, who competes in the flyweight division as the only two deaf fighters in the UFC.

Matt Hamill, was the first deaf fighter in the UFC competing for the promotion for seven years, and famously is the only man to hold a win over Jon Jones.

What do you think, should Dana White give Thomas Paull a shot?