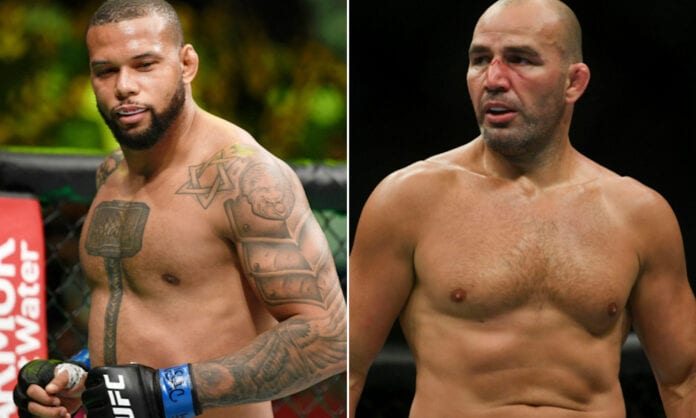 Top Light Heavyweight contenders Thiago Santos and Glover Teixeira have been rescheduled for a third time, this time they are set to headline a November Fight Night card in a crucial light heavyweight bout.

Santos opened up to the sports network about his sickness he said aid he experienced a headache and fatigue for “two or three days,” but has since fully recovered to 100% health.

Santos believes the fight makes too much sense as to why they decided to try and book it for the third time, with title implications on the horizon for the division.

“The fight makes sense and Glover and I deserve this position,” Santos said.

“We deserve to fight and see who gets the title shot. I had a good fight with Jon. For a lot of people, I won that fight. I should fight for the title again now, but a lot of things happened and Jan and Reyes are fighting — but I should be next. And I will prove this again when I fight Glover.”

While we haven’t seen Santos since his close decision loss to Jon Jones, Teixeira meanwhile is riding a 4 fight win streak and both top contenders will have a good chance at getting a title shot with a victory in November.

How do you see this fight playing out? Will the winner receive a title shot?