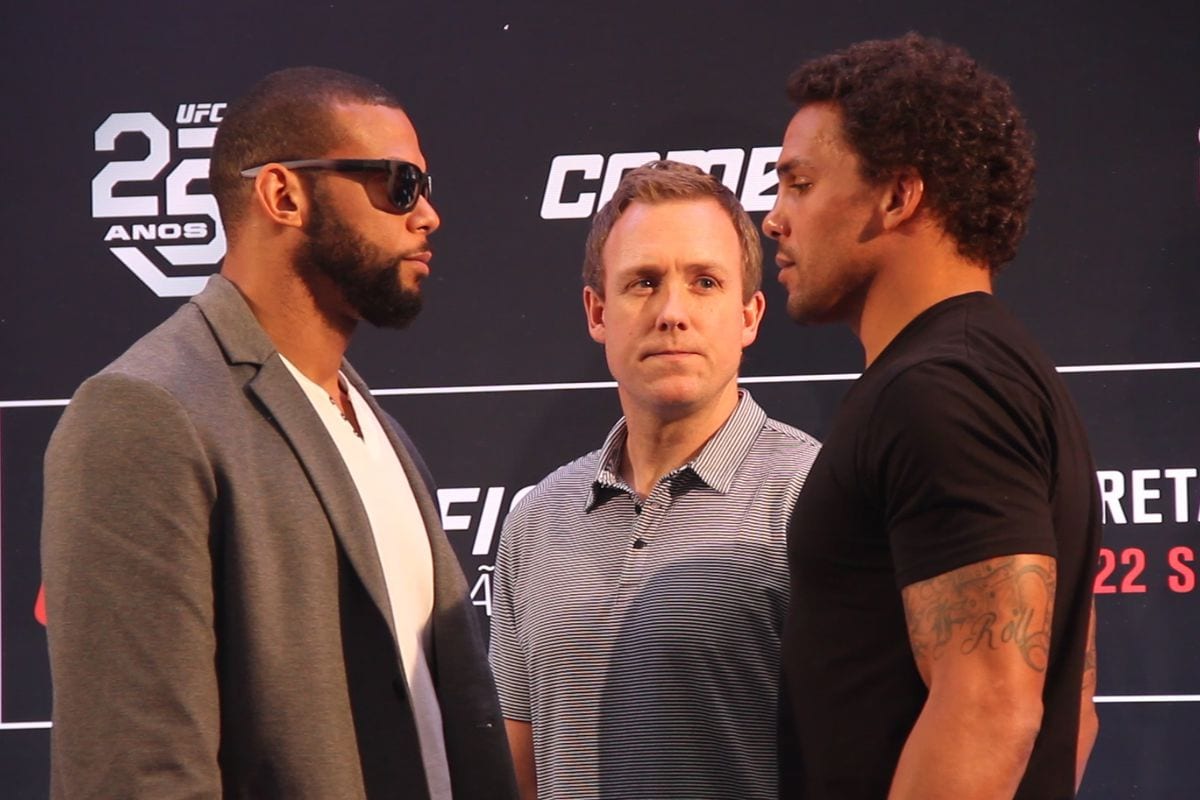 Santos has been on a tear as of late. The former middleweight fighter had won five out of his prior six fights and most recently dispatched of UFC newcomer Kevin Holland at UFC 227.

Also a middleweight by trade, Anders agreed to fight Santos on short notice and it clearly sapped his gas. The former linebacker won’t be giving away much size at all come the time of the fight. Anders just fought at UFC Lincoln on August 25 when he finished Tim Williams via highlight reel head kick.

Santos throws a leg kick, Anders partially catches the kick and wrestles Santos to the canvas. Santos’ hip tosses Anders as both men wrestle and wind up back on the feet. The fighters separate and feel each other for much of the round. Anders again clinches Santos against the cage with 90 seconds left. The fighters again separate and Santos lands a nice 1-2. The round ends with Santos missing a spinning back kick. Close round.

Santos comes out firing on Anders to start round two. Anders answeres back and tries to take the fight to the ground. Santos clips Anders and the fight does go to the canvas. Santos lands some heavy punches from the top. Anders explodes back to his feet and eats a hard right hand. Both men are throwing wildly and landing. Still, two minutes left in the round. Santos loading up on body kicks as Anders is left hands. Anders scores a late takedown and subsequent knee to end the round. Another close round.

Santos comes out battering Anders lead leg with kicks. Anders answeres with a takedown. He sinks both hooks into Santos instantly and looks for an RNC. The Brazilian reverses position and gets the fight to the feet. Santos lands a monster of a left hand and blasts Anders. The American eats a knee as he follows through on a takedown, his fourth so far. Santos gets back to his feet again. Santos batters Anders with elbows. So badly that Anders cannot make it back to his corner in between rounds. 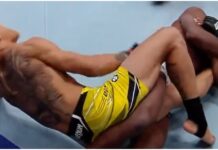 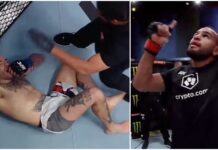