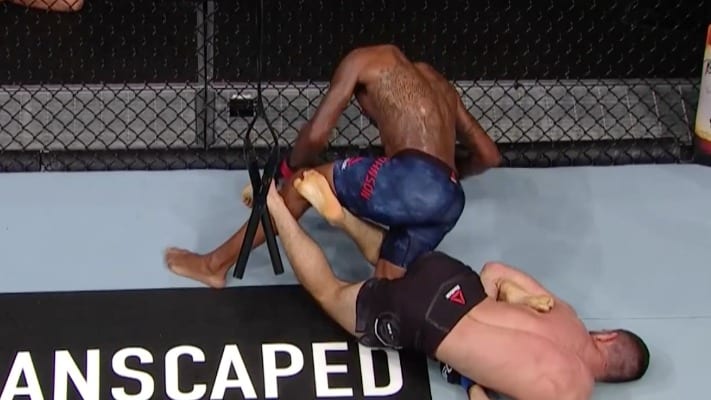 You wouldn’t have thought Thiago Moises would get the win based on his first round with Michael Johnson.

The pair of lightweights opened up the UFC Jacksonville main card on Wednesday as Johnson seemed looked as good as ever as he dominated the striking against a backed up Moises.

However, Moises came out aggressive in the second stanza with a single leg and went on his back soon after. That allowed him to transition to a leg lock as Johnson tapped to end the fight early on in the round.

What did you think of the finish?