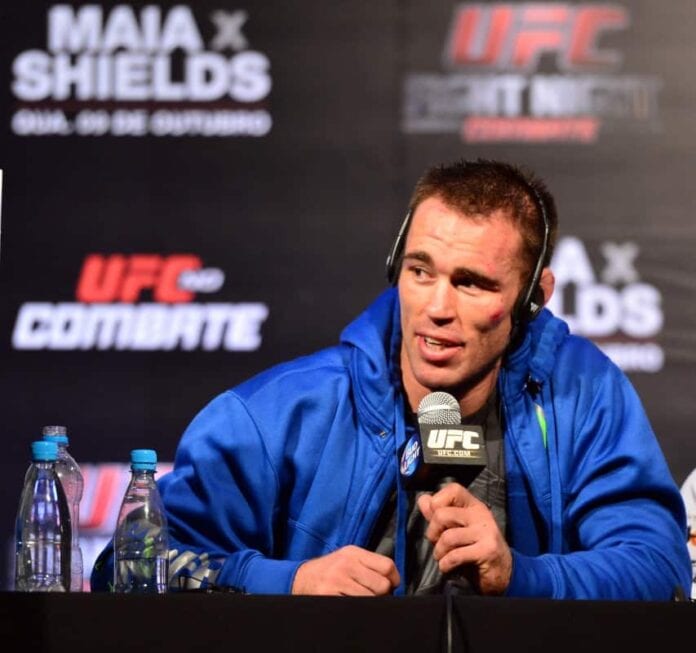 Despite possibly being one of the best submission artists the sport has ever seen, Rousimar Palhare’s career has been plagued with controversy as he has been known to hang on just a bit too long with his submissions.

This act got him released from the UFC in 2013, but he soon got a second chance with World Series of Fighting (WSOF), where there have been glimpses of this same act, but none more blatant than his third-submission victory over another UFC vet in Jakes Shields at last night’s (August 1, 2015) WSOF 22.

Not only did Palhares keep cranking on his fight ending kimura after Shields tapped a plethora of times, but the Brazilian also used eye gouges according to the former UFC title challenger, who spoke with MMAFighting:

“Over and over, he kept catching his thumb and digging it in both of my eyes. Over and over,” Shields told MMAFighting.com. “I kept telling Mazzagatti, ‘hey, look, the eye gouges.’ He wasn’t saying anything about it. It wasn’t once or twice. It was at least eight times. In over 40 fights, not one time has anyone ever done that to me. Those weren’t, like, semi-eyepokes. Those were blatant dig in and try to gouge.”

Shields was actually taken to the hospital after the fight to have his eyes checked, and although he doesn’t take anything away from Palhares’ skills, he says that “Toquinho” was clearly cheating:

“I’m not taking anything from [Palhares’] win, but it’s just, what he did was absolutely blatant cheating,” Shields said.

One question that may arise, is what was the referee doing while all of this was going on? It was ironically Steve Mazzagatti refereeing the fight, a man who has been criticized many times before. Shields claims that he has never bashed the referee himself, but that last night was the worst refereeing he has ever seen:

“I told the ref over and over, I said ‘he’s poking me, he’s poking me.’ He just completely blatantly ignored me. I don’t know. I’ve gotta say, I know the guy has been bashed as a ref — I’ve never personally bashed him because I don’t watch enough — but I gotta say that’s the worst reffing I’ve ever had. He’s the worst ref I’ve ever seen. He’s a piece of s**t. Dana (White) is right about him. It was just blatant.”

Despite being upset about the shoulder crank, Shields admits that the eye gouges bothered him more, as he actually could barely see going in to the third round, which turned out to be the final round:

“He cranked my shoulder longer than was necessary,” Shields said. “It definitely felt like he held it too long. But the eye gouges are what bothered me worse because that threw me out of my game. I shouldn’t have let it frustrate me, but it was really hard when I couldn’t see out of either eye going into the third round.”

At the end of the day, Shields voiced his dislike for Palhares, noting that he knew the Brazilian was a cheater, but that he wasn’t ready for eye gouges:

“I would,” Shields said. “I hate this guy. I’ll be ready for the eye gouges this time. I knew he was a dirty cheater, but I wasn’t prepared for eye gouges.”

How should Palhares be punished?