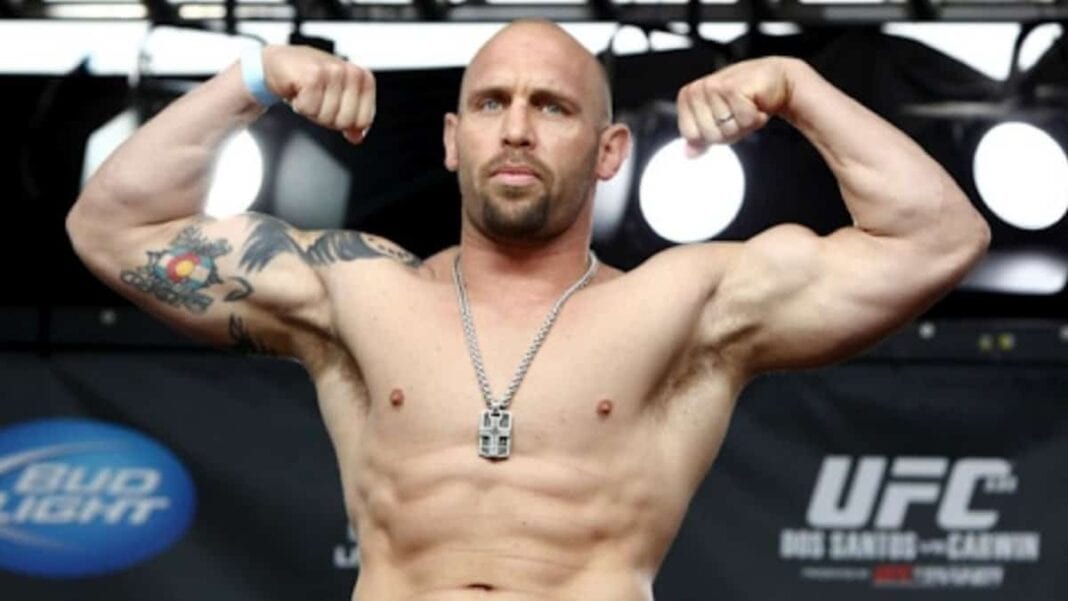 Former interim UFC heavyweight champion Shane Carwin had a successful run in the UFC between 2008 and 2012, compiling a 4-2 record including four T/KO victories. Carwin was one of the heaviest hitters in the division with his most notable victory coming via stoppage over former champion Frank Mir. It’s safe to say that Carwin’s presence was undoubtedly felt during his tenure with the world’s largest MMA promotion, and at age 41, he may be bringing that power back to the division.

Taking to his official Twitter account recently, the former titleholder said plain and simple that he was ‘ready’ to fight again:

Details regarding when this return could happen or who Carwin could be matched up against are currently unclear, but it will be a spectacle nonetheless. Carwin, however, may have missed a huge opportunity given the fact that fellow former champion Brock Lesnar recently returned at July 9’s UFC 200. Lesnar and Carwin met back at UFC 116 in a bout where Carwin nearly finished Lesnar in the opening frame before getting submitted in the second round. A rematch would have been epic to say the least, but “The Beast” is now dealing with a potential anti-doping violation, likely taking him out of the equation regarding a possible opponent for Carwin.

Who would you like to see Carwin meet upon his return to the suddenly booming UFC heavyweight division?