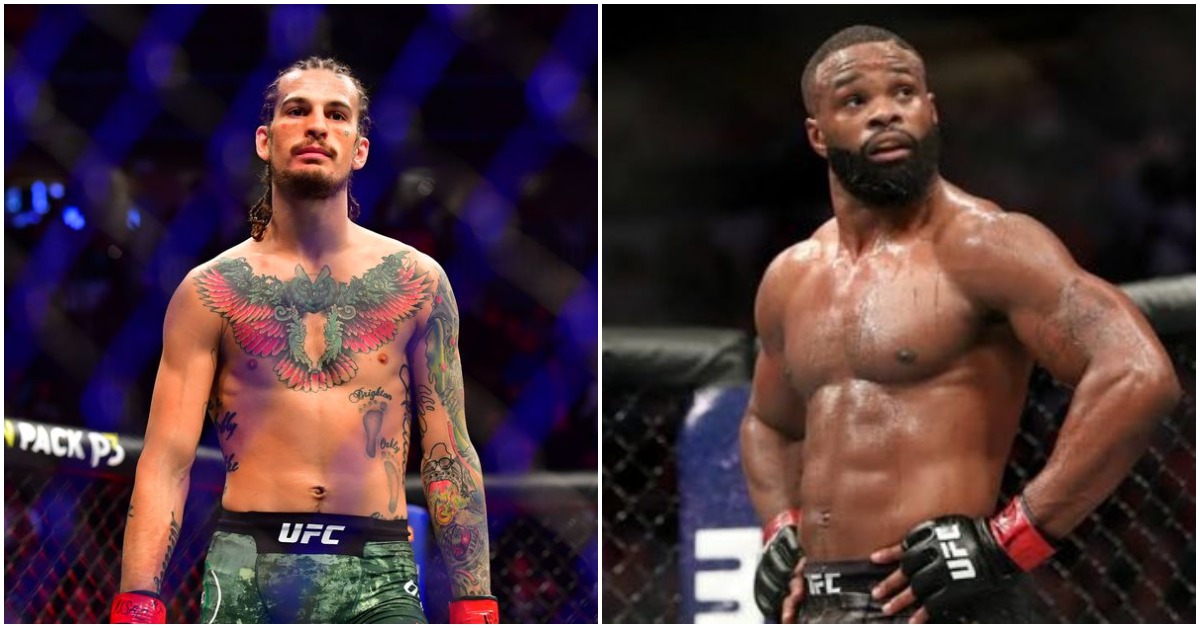 Sean O’Malley feels that following on from his knockout loss Tyron Woodley has ruined the legacy he had built for himself across MMA. Woodley has lost back-to-back boxing matches against Jake Paul with the rematch ending by a devastating KO.

‘The Chosen One’ also had the misfortune of losing his final four bouts in a row within the UFC and although it was against the top end of the division it showed the true trajectory the former welterweight champion was heading on.

O’Malley spoke on an episode of the TimboSugarShow and explained that like many fans the vicious KO caught him off guard given the slow pace of the fight in the rounds prior to this.

“I was watching them on my laptop with my eyes kind of shutting. It was the sixth round getting closer to the end of the fight. It looked like it was probably gonna go all eight [rounds] and it was a close fight.”

“I didn’t really know who I had necessarily winning each round. But, out of f*cking nowhere, [Paul] slept him… bad!”

Woodley now sits in a difficult spot as an athlete himself. Given his ending at the UFC, it is extremely unlikely they would be looking to re-sign the former champion, and with boxing not going the way he wanted who knows what’s next for him.

However, no matter what adventure he moves on to Sean O’Malley feels that this loss could still have a serious effect.

“Dude, it completely destroyed his f*cking legacy,” O’Malley said. “That could affect Tyron Woodley big time, or he could just be completely unattached to that and still be happy. That’s a f*cking skill that you have to require.” (transcribed by mmanews.com)

How badly did the loss to Jake Paul damage Woodley’s legacy? Where do you see him going next?