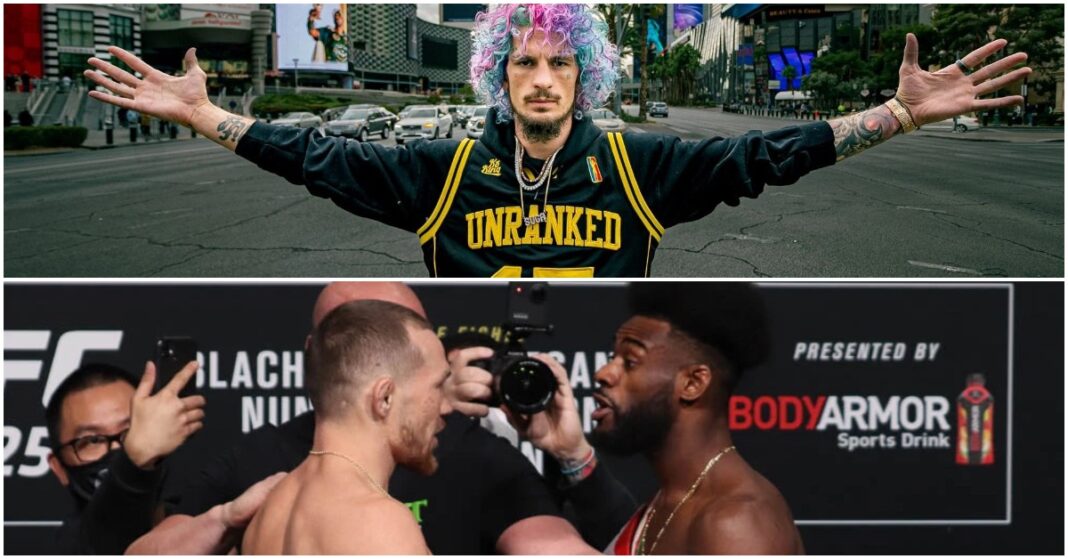 Sean O’Malley finds it “crazy” that Aljamain Sterling (21-3 MMA) and Petr Yan (16-2 MMA) don’t have the allure to headline their own pay-per-view Bantamweight unification title fight.

UFC 272 was scheduled to be headlined between Max Holloway and Featherweight champion Alex Volkanovski, which would have been co-mained by Petr Yan and Aljamain Sterling. However, ‘Blessed’ Holloway was forced to back down due to a reaggravated injury.

The promotion decided to push back the highly anticipated bantamweight title bout till UFC 273; this would be instead of making it the main event on March 5th.

Despite the ‘Funk Master’ stating the reason for the move is due to Yan’s vaccination status. The decision for the change in dates is still unclear.

However, for the ‘Suga Show’ it is clear that the UFC board have a lack of faith in the marketability the two fighter’s bear.

“You know what’s crazy to me, that Petr and ‘Aljo’ can’t main event their own pay-per-view. So, their main event pulled out (Alex Volkanovski vs. Max Holloway 3) and they could not be the main event? They are not big enough.” – O’Malley said on Episode 171 of his ‘TimboSugarShow’ podcast.

What’s next for the Sean O’Malley?

The ‘SugaShow’ is finally now a rank fighter in the eyes of the UFC after his KO/TKO win over Raulian Pavia in the first round, where he wore a personalised No.15 basketball jersey during the build-up to UFC 269, to commemorate his own title of the “Unranked Champ”.

It is unsure who we will see Sean O’Malley face next, yet despite previous tension with former Bantamweight champion Cody Garbrandt, he has recently played down the idea of the possible bout.

“After Cody got knocked out, I got asked at the press conference: ‘What do you wanna say?’. And I just said, ‘I feel bad for him’. He’s lost a lot of fights in a row, and I don’t really have anything negative to say about him.” Sean O’Malley said of Cody Garbrandt on Michael Bisping’s ‘Believe You Me‘ podcast. (Transcribed by BjPenn.com)

Do you think Sean O’Malley has a point? Who within the bantamweight rankings would give the ‘Suga Show’ his toughest test?