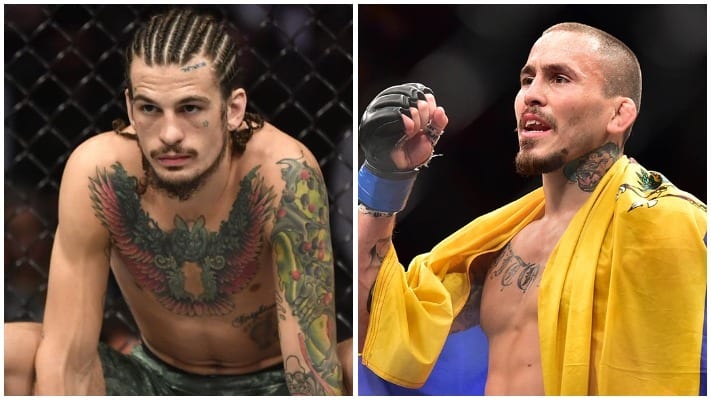 ‘Suga’ Sean O’Malley is hoping to fight the best at 135lbs after he takes out Marlon ‘Chito’ Vera in the UFC 252 co-main event this weekend.

O’Malley has scored back-to-back first-round knockouts in 2020 to catapult himself into the bantamweight rankings. He faces the toughest fight of his career when he squares off against Vera on August 15. Despite the tough task in front of him, O’Malley is already looking towards future fights.

In an interview with Brett Okamoto of ESPN O’Malley expressed his belief that he will face one of the top five at bantamweight after he finishes Vera, he said.

“I think it’s going to be hard not to give me someone in the top five after I knock out ‘Chito’. They are going to see my skill level is legitimate and the fans are going to demand to see me fight one of these next top guys. So, after this fight you’ve gotta give what the fans want and I think everyone knows exactly what I’m talking about.”

In terms of specific opponents, O’Malley believes a fight with the former bantamweight champion Cody Garbrandt remains on the table despite the fact ‘No Love’ is dropping down for a shot a the 125lb title against the newly crowned flyweight champion Deiveson Figueiredo.

“I think it makes sense,” O’Malley said of a potential fight with Garbrandt. “It totally depends. So much can happen in fights.”

“We’ll see. I don’t know it’s hard to say. If it plays out perfect in my mind. I knock out ‘Chito’. I knock out Cody and the we’ll see what’s next.”

Do you think ‘Suga’ Sean O’Malley is ready for top-level opposition if he beats Marlon Vera at UFC 252?