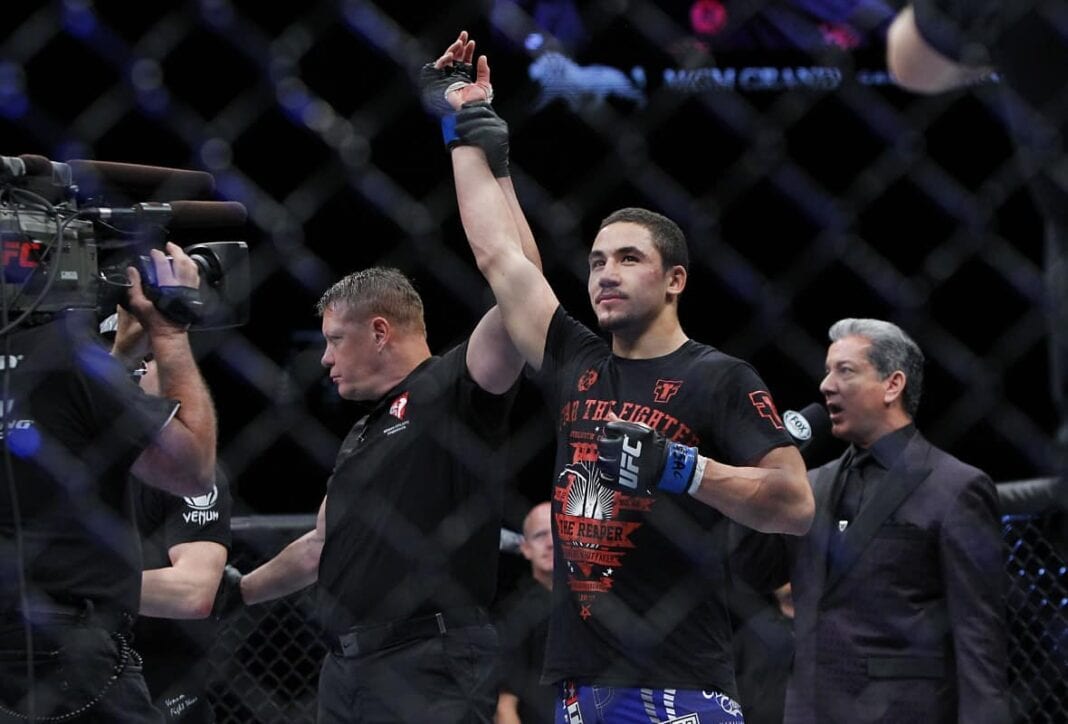 For the third time in a row, Robert Whittaker (15-4) competed in Australia. This time, his opponent was Uriah Hall (12-6) in the second bout of the main card of UFC 193.

“The Reaper” shined in “Primetime.”

Whittaker immediately threw wild punches at Hall. Whittaker connected with a right hand followed by a leg kick. A push kick found the mark for Hall and he followed it up with a jab. “The Reaper” again landed a leg kick and missed a wild hook. With Hall on his back, Whittaker landed some elbows. He briefly moved to full mount, but the position was lost. With about 40 seconds left in the round, Whittaker went for a rear naked choke, but the round ended with “Primetime” on top.

Round two began and Hall was searching for a knee. Whittaker hit his opponent with a couple of punches and pressed him against the fence. Hall threw a head kick that was blocked by “The Reaper.” The fight was briefly halted due to what was initially seen as an accidental eye poke to “Primetime,” but the fist was closed. Whittaker continued to attack the legs of Hall. Hall caught a leg kick and delivered a kick to the body. “Primetime” also landed a roundhouse kick to the jaw of “The Reaper.”

A big shot landed for Whittaker, who followed it up with uppercuts and knees to the body. “The Reaper” didn’t do much damage afterwards and just held Hall against the fence until he broke the clinch with an elbow. A flying knee found the mark for “Primetime.” Hall went for a head kick that was blocked. Whittaker connected with a left hand. “The Reaper” grabbed the back of his opponent and threw a knee. The final horn sounded with Whittaker in control.

All three judges were in agreement with the final result. Whittaker earned his fourth straight victory.