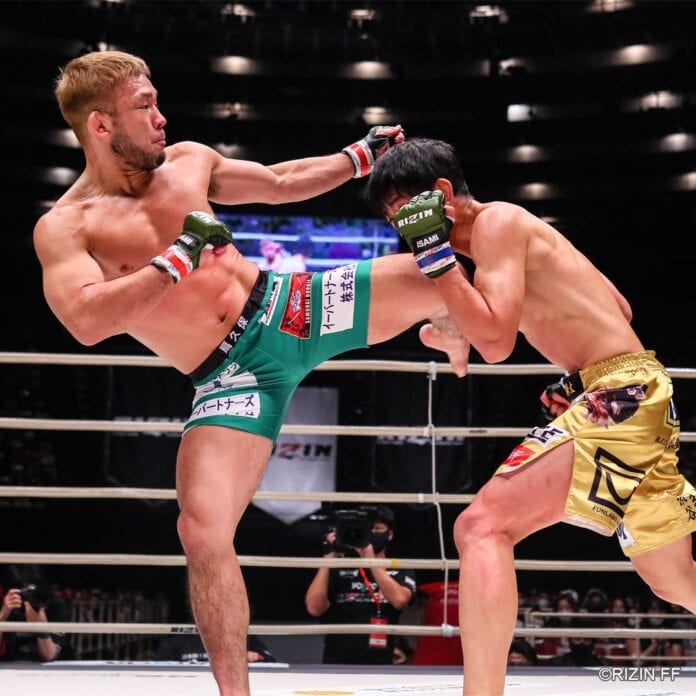 RIZIN 25 went down this past weekend. The ten bout card took place inside the Osaka-jō Hall in Osaka, Japan. Five thousand fans were in attendance to witness the event, which was headlined by a clash between Mikuru Asakura and Yutaka Saito. The match up between the pair was for the inaugural Rizin Featherweight Championship.

The entire fight card has now been posted on the RIZIN FF’s YouTube channel, allowing fans who missed the action or could not afford the PPV a chance to catch up on what went down in Osaka.

After a tough few months due to Covid-19, the Japanese promotion has bounced back in a big way. It is set to end the year with one of its famous New Year’s Eve cards in Saitama. Headlining RIZIN 26 will be the highly anticipated rematch between Kai Asakura and Kyoji Horiguchi. Asakura will be defending his bantamweight championship against Horiguchi, who will be appearing in the ring for the first time since being knocked out by Asakura in 2019.

Until then, check out all the action from RIZIN 25.