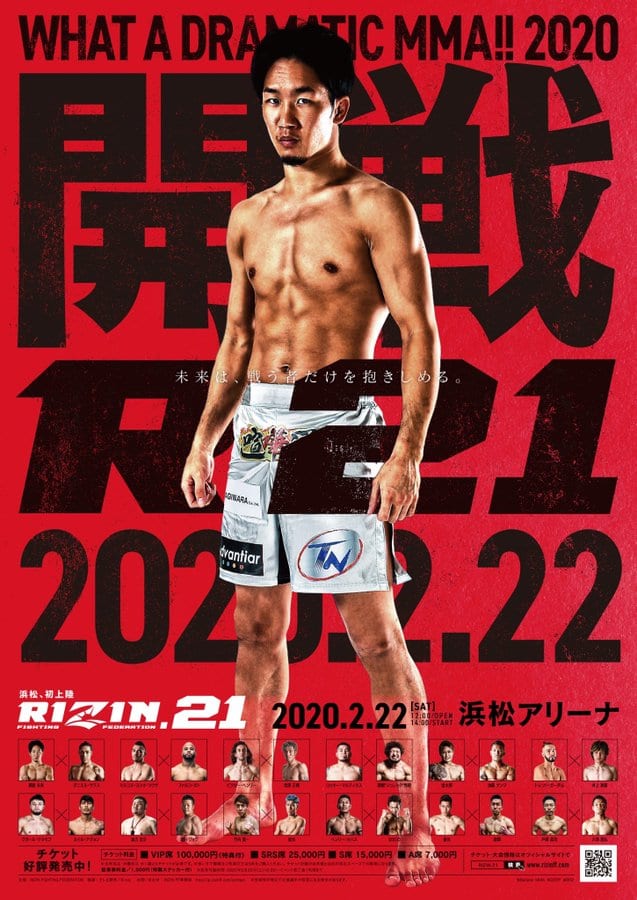 RIZIN 21 went down today (Sat. February 22, 2020) inside the Hamamatsu Arena in Hamamatsu, Japan.

Below are the full results from RIZIN 21 card.