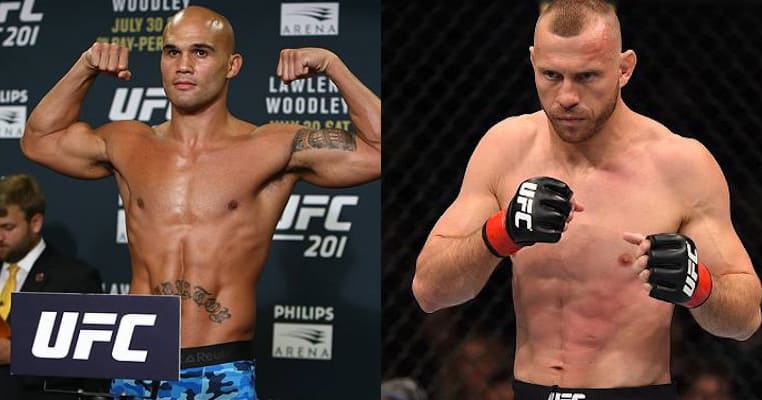 A pivotal welterweight fight appears to be set for July 8’s UFC 213, which will take place during International Fight Week in Las Vegas, Nevada.

According to a report from ESPN’s Brett Okamoto, UFC President Dana White has confirmed that former 170-pound champion Robbie Lawler will return to the cage to take on Donald “Cowboy” Cerrone:

BREAKING: Per @danawhite, @Ruthless_RL vs. @Cowboycerrone is a done deal for UFC 213 on July 8 in Las Vegas.

Lawler, who remains ranked at No. 2 in the division, hasn’t competed since last July when he was brutally knocked out by Tyron Woodley in the first round of their UFC 201 main event where he surrendered his title in the process.

The No. 8-ranked Cerrone, on the other hand, was riding a four fight win streak since moving up to welterweight in Feb. 2016, but he suffered a stoppage loss to Jorge Masvidal this past January in Denver, Colorado.

Lawler and Cerrone were actually scheduled to meet last November at UFC 205 in New York City, but Lawler made it clear that he needed more time to recover after the knockout loss to Woodley.

Who do you expect to come out on top when these two 170-pound warriors meet this summer?