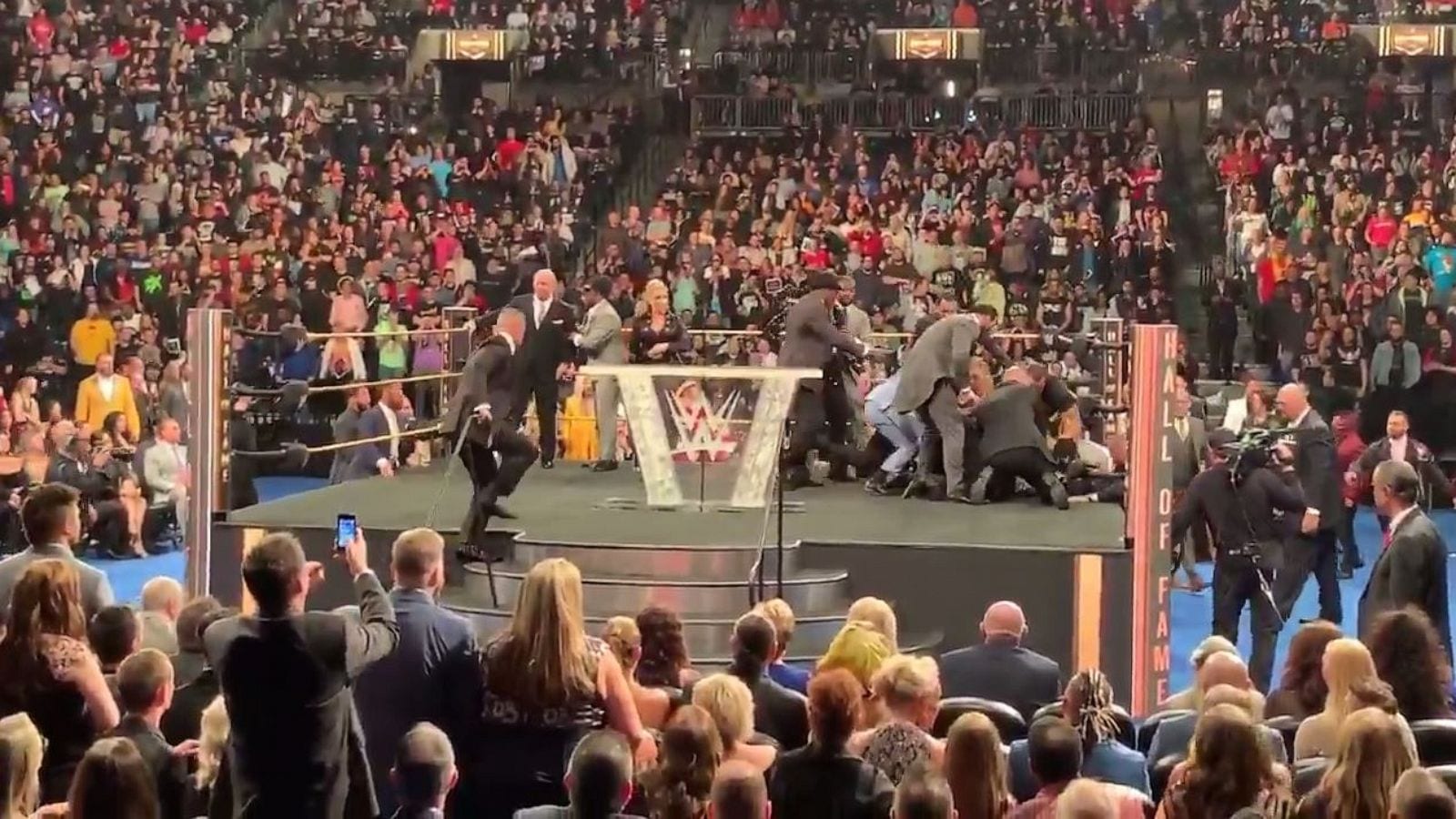 Last night, a bizarre scene unfolded when a fan attacked pro-wrestling legend Bret Hart during his induction at WWE’s Hall of Fame ceremony.

The man tackled Hart and allegedly landed a punch on him. He was then quickly subdued by UFC veteran Travis Browne and wrestlers like Shane McMahon, Xavier Woods, Tyson Kidd, and Curtis Axel. Hart sustained only little damage because of their efforts.

Today, we find out that 26-year-old Nebraskan Zachary Madsen was the assailant.

According to a report from CBS New York, Madsen was arrested by police and taken to the 78th Precinct in Brooklyn. There, he was charged with two counts of assault and trespassing because of the attack. Madsen caused minor injuries to Hart and a security guard who was therefore attempting to subdue him.

What’s more, Madsen is an amateur MMA fighter. According to MMA Mania, Madsen is a welterweight who has gone 2-1 in Nebraska’s Dynasty Combat Sports promotion. He last fought in March 2018, losing by submission in the first round.

This isn’t his first brush with the law, either. According to Omaha.com, Madsen is awaiting another trial:

“A check of Nebraska court records found that Madsen is awaiting trial for violation of protection order. Haris Talundzic, who is a mixed martial arts fighter, obtained the protection order from a Lancaster County judge because he said Madsen had been stalking him and provoke a fight.

“Talundzic, 21, said he had trained with Madsen at a Lincoln gym. Talundzic said he left the gym and quit training with Madsen, according to the protection order, because he became concerned about Madsen’s mental stability. “

Madsen has also appeared increasingly unhinged in his social media outburst against the WWE, based on these two strange and angry tweets:

These don’t necessarily explain why he attacked Hart, but they do explain perhaps why he carried out such a foolish, violent errand at a WWE ceremony. He was beaten for his efforts but got a shot in on the WWE legend in turn.

Now, he’ll have to face justice in the legal form as a result of his foolhardy actions.