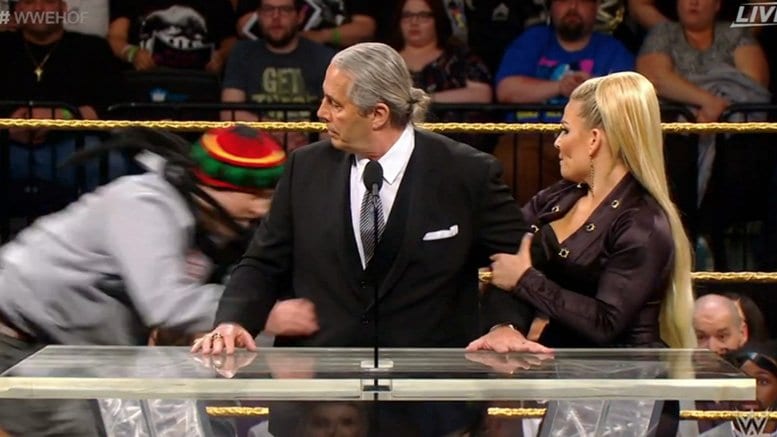 WWE held a ceremony for the 2019 Hall of Fame class that honored the wrestlers who have had success in the pro wrestling business on Saturday night the Barclays Center in Brooklyn, New York as part of WrestleMania 35 weekend. The event aired live on the WWE Network.

Hart was making a speech alongside WWE star Natalya as part of the induction for The Hart Foundation (Hart and Jim Neidhart). During the speech, a fan rushed the ring and tried to tackle Hart.

Several people got their hands on the man as he was being taken out. Those involved include Browne, Raw Tag Team Champion Dash Wilder, Davey Boy Smith Jr, The New Day, Titus O’Neil and Bret himself.

The reason that Browne was in attendance is due to him being the boyfriend of Raw Women’s Champion Ronda Rousey. The fan was charged with two counts of assault in the 3rd degree and disorderly conduct. WWE issued a statement on the incident by stating the following:

“An over-exuberant fan surpassed our security at ringside and made his way briefly into the ring. The individual has been turned over to the proper authorities.”

You can see several clips of the incident here: