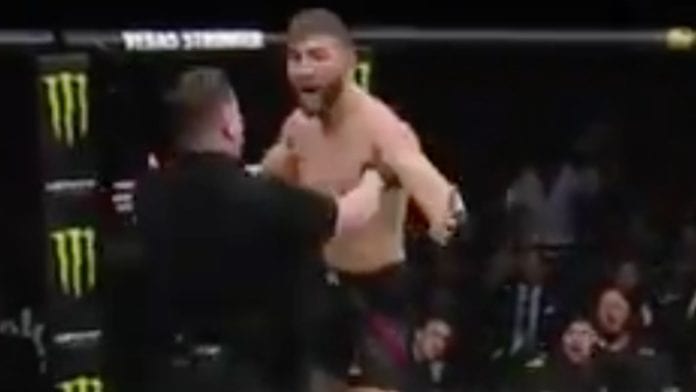 Things came to an early end in the light heavyweight affair between Magomed Ankalaev and Ion Cutelaba at UFC Norfolk on Saturday night.

Cutelaba was rocked early by a hook from Ankalaev as the latter started to pour things on. Cutelaba was clearly hurt but was still in the fight as he was swinging back.

However, the referee took matters in his own hands as he stopped the fight much to the crowd and Cutelaba’s disappointment who protested immediately.

You can watch the finish to the fight below:

What did you think of the stoppage?