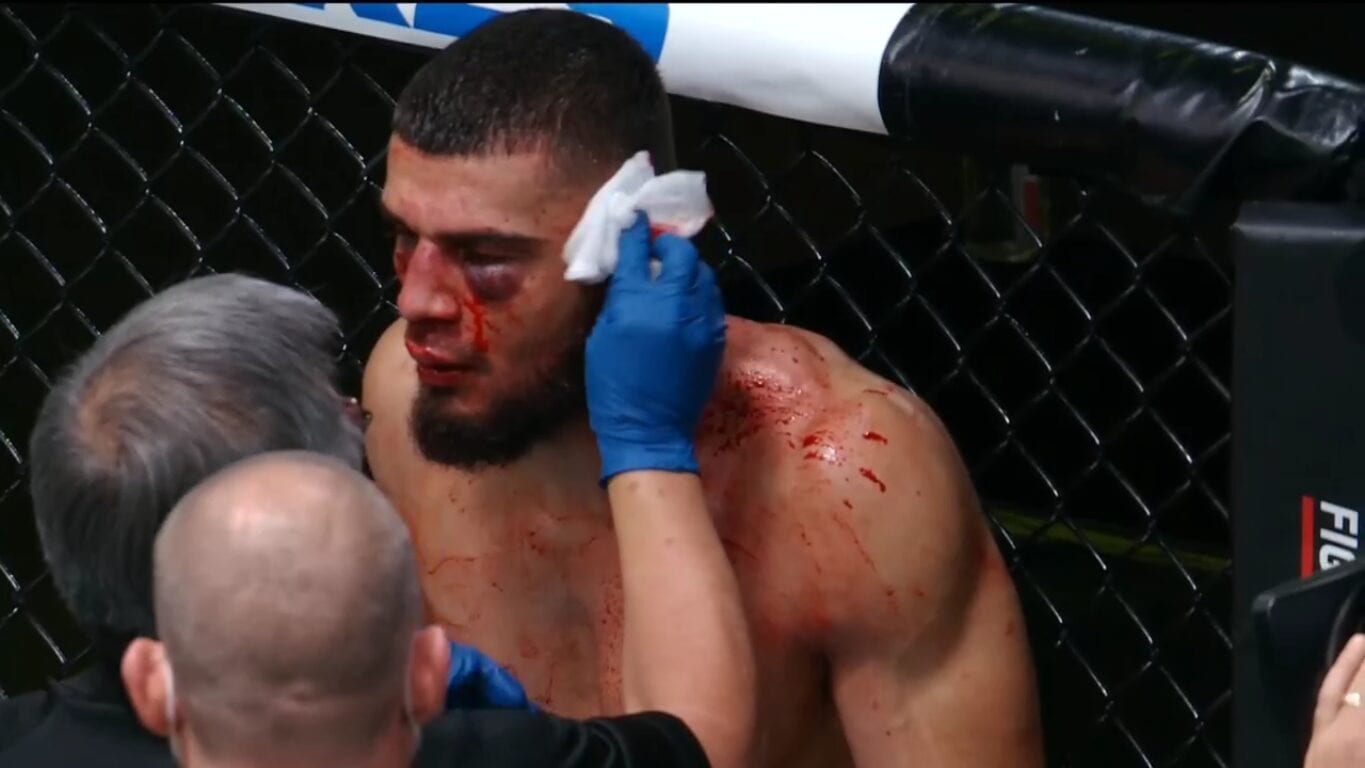 Despite a solid showing, promotional debutante, Ramiz Brahimaj dropped a defeat in his UFC bow, after suffering a brutal ear injury in the final round of his preliminary pairing with Max ‘Pain’ Griffin.

The Fortis MMA mainstay had his promotional career disrupted after the discovery of a tumor within his eye, detailed some decent striking early on in the opening round, before suffering a couple of accidental groin kicks from Griffin.

Brahimaj seen a scheduled tie with Miguel Baeza scrapped amid the diagnosing of his tumor, which was subsequently successfully removed, was also forced from a UFC Vegas event in June against Takashi Sato, after a member of his corner had returned a positive test result for COVID-19.

Midway through the third and final frame, Brahimaj who had his back to the Octagon fence was clipped with a short right elbow from Griffin, almost completely detaching the former’s left ear from his head, with Brahimaj clearly attempting to hold his ear in place. In a timely call, referee, Mark Smith separated the two immediately, calling a halt to the action.

Check out footage of Brahimaj’s ear injury below, viewer discretion to the squeamish is advised, however.