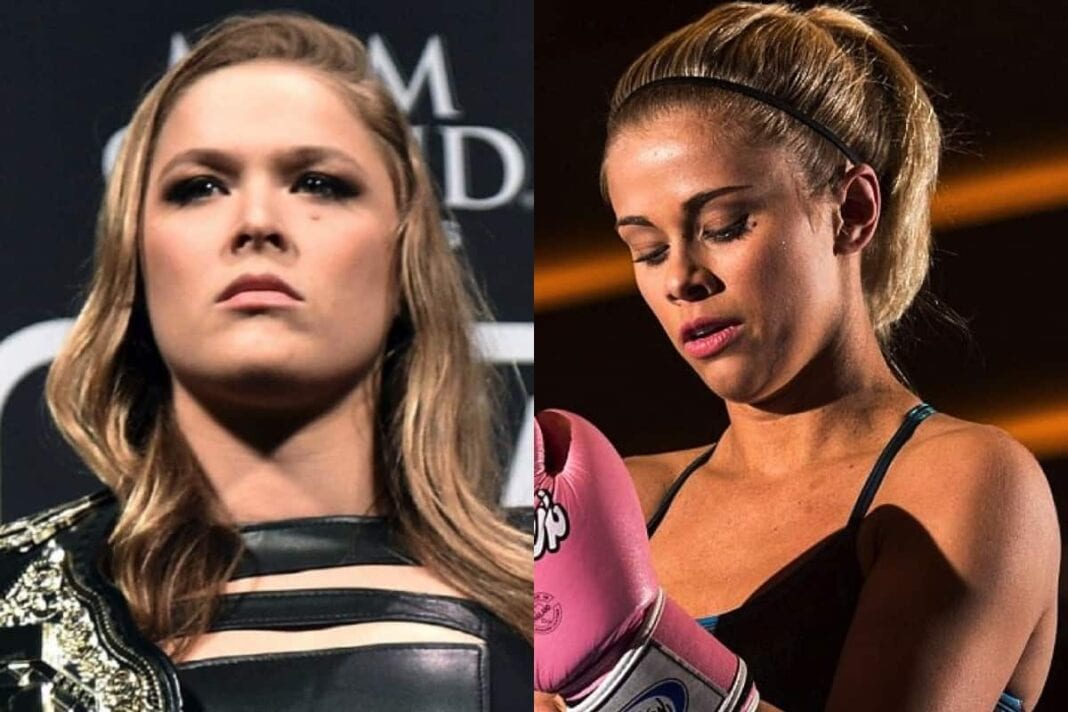 No. 8-ranked UFC strawweight Paige VanZant will headline her second ever UFC event this Saturday night (December 17, 2016), when she takes on No. 12-ranked ‘The Karate Hottie’ Michelle Waterson from Sacramento.

Despite having quite the challenge ahead of her in the form of the 30-year-old finisher Waterson, ‘PVZ’ could be thinking about one day stepping into the Octagon against one of the greatest female mixed martial artists (MMA) to have ever fought, Ronda Rousey. During a recent interview with TMZ (courtesy of Bloody Elbow), VanZant stated she’s open to throwing down with ‘The Rowdy One’, if the bout is at a catchweight of 125 pounds:

Rousey will be making her Octagon return against current 135-pound women’s champion Amanda Nunes, after Rousey suffered the first defeat of her professional MMA career just over a year ago. VanZant predicts that the former Olympic judoka will get the job done against the Brazilian in her return, utilizing her signature armbar to recapture the bantamweight crown:

Before she can think about a flyweight contest with Rousey, Van Zant must first get through Waterson who is coming off of an impressive third round submission victory over Angela Magana in July. In a think strawweight division currently ran by Polish knockout artist Joanna Jedrzejczyk, this bout could have serious title picture implications in the near future.

VanZant and Waterson will meet in the main event of UFC on FOX 22 live from the Golden 1 Center in Sacramento, California this Saturday (December 17, 2016).

You can check out VanZant’s interview with TMZ here: