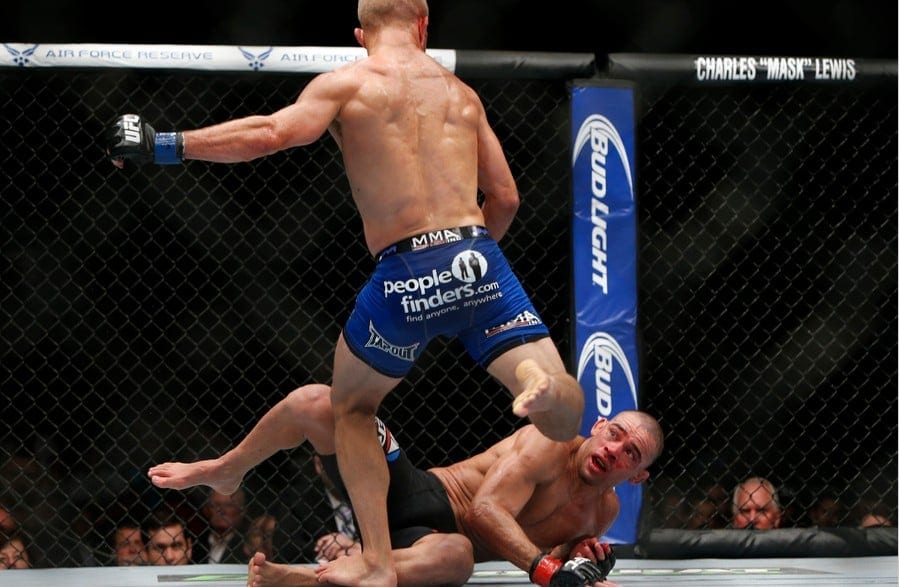 Bantamweight champion TJ Dillashaw is all set to put his belt on the line for the second time tonight (Saturday July 25th, 2015) as he takes on Renan Barao for the second time. UFC on FOX 16 plays host to the long-awaited rematch, and will serve as Dillashaw’s first real test since the first fight with his Nova Uniao counterpart. Late UFC 177 replacement Joe Soto was drafted in when Barao fell ill before the weigh-ins, and proved little more than a sparring partner for the rampant ‘Killashaw’. Barao went on to beat Mitch Gagnon before getting the nod for the rematch with Dillashaw, saving himself from becoming a bum in the bantamweight rankings.

Now that the stage is finally set, and Barao has had time to study the style of Dillashaw, we hope that this title fight will leave no questions unanswered. Although Dillashaw proved that he is legit with his late TKO win over the former P4P (pound-for-pound) worthy Brazilian at UFC 173, scoring the biggest title upset in UFC history in the process, it’s noted that questions remained in the aftermath, perhaps unfairly.

With a clean weight cut and apparently injury free on both sides, we’ll get to see who is the man in the 135-pound weight class, and perhaps even a trilogy-maker would be in the works if the ‘Baron’ gets his belt back tonight.

So, who wins and how? Take a vote, have your say and stay tuned to LowKickMMA as we head in to UFC on FOX 16 fight night, with all the usual MMA and UFC news and coverage!