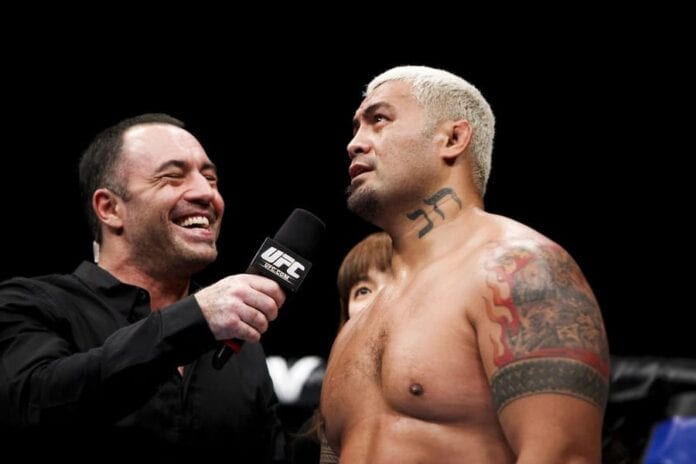 It was a tough weekend for Pride FC veteran and UFC heavyweight Mark Hunt. Fans watched in agony as he suffered a record-setting beatdown at the hands of Stipe Miocic during the main event at UFC Fight Night 65. His Croatian foe was relentless in his assault, and the referee must be considered somewhat incompetent after allowing such a slaughter.

Bad officiating aside, it truly was difficult to watch such a likeable and honest character take such a sustained beating over four and a half rounds, which leads to the rather obvious question as to where Hunt’s career stands at this point.

Having suffered 10 losses as a pro, all by way of stoppage, it’s fair to say that “The Super Samoan” has taken his fair share of punishment. Absorbing brutal knockouts against Melvin Manhoef and Junior Dos Santos didn’t help, and his iron chin and will may be doing the travelled veteran more damage than good right now.

It casts my mind back to the days when Chuck Liddell was still fighting, and the absolute sorrow I felt watching him get knocked out against Mauricio Rua, Rich Franklin and Rashad Evans. When it’s time to go, you should do just that.

With nothing to prove to the MMA world, should Mark Hunt call it quits on his career? He may never have won a belt, but he surely has earned the lasting respect of anyone who has seen him fight, what are your thoughts?