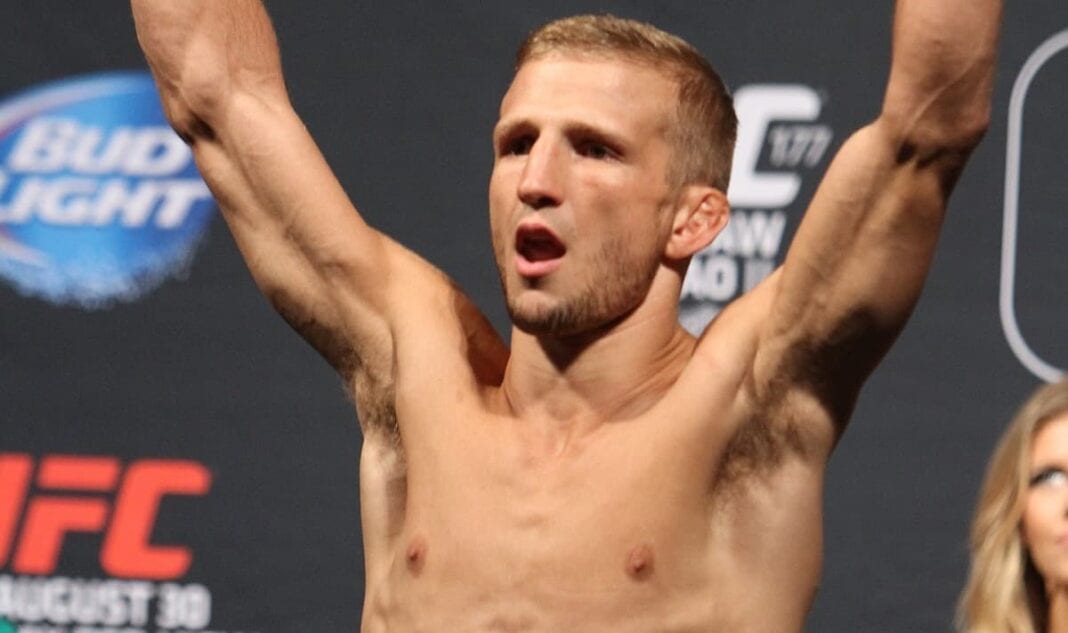 UFC bantamweight champion TJ Dillashaw has a new training base with Elevation in Colorado, leaving behind him the squad that helped him reach his title, Team Alpha Male. In doing so, ‘The Viper’ has furthered the rift between himself and Urijah Faber, later reveling ‘The California Kid’ has banned him from the Sacramento, CA gym.

As well as sour grapes from Faber, Dillashaw has received a lot of criticism online too. Just a glimpse at ‘The Viper’s’ Instagram account showed trolls galore taunting the 135-pound champion as a snake. Dillashaw has claimed the only reason for his move as monetary, after being offered pay simply to train at the Elevation Gym.

So what are your thoughts on this whole situation? Perhaps you think Duane Ludwig, Faber’s new nemesis, had a say in the matter. Maybe you think that blood is thicker than water and Dillashaw should have stuck to his roots. Or perhaps this is just a case of moving on and finding pastures greener.

Take a vote and have your say below!