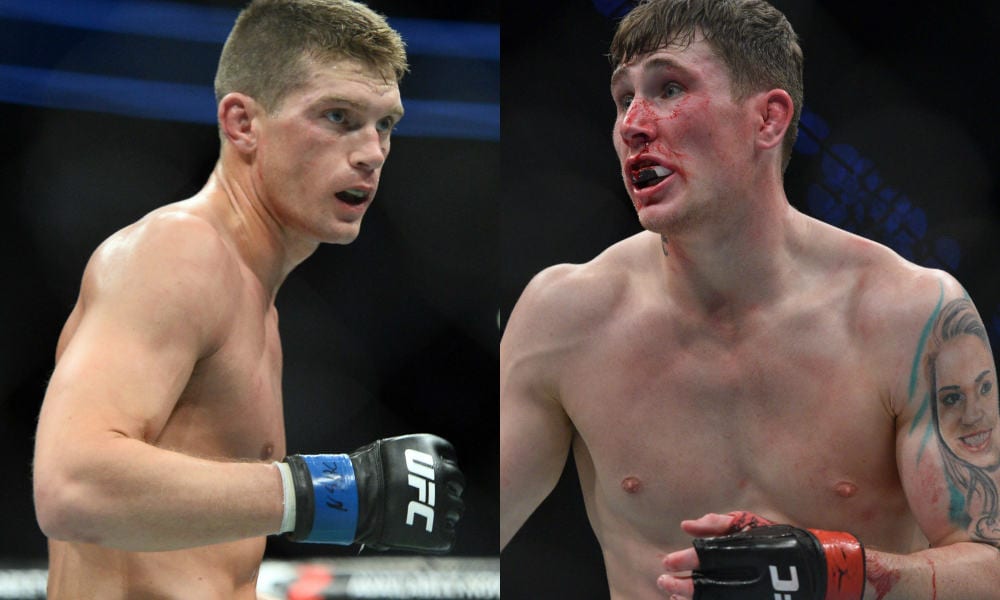 A couple weeks ago, the UFC drew a small amount of criticism when the poster came out for May 27’s UFC Fight Night 130 from Echo Arena in Liverpool, England.

While that’s not a hard thing to find on social media these days, the official poster was perhaps justified in its criticism because it was far too basic to convey the potential electricity generated by the Stephen Thompson vs. Darren Till welterweight main event.

Check it out right here and decide for yourself:

If you didn’t like it, not to worry – popular MMA poster artist bosslogic had his own exciting rendition featuring a Karate Kid re-imagining, and it was so exciting that Thompson himself had to give his own props online.

There’s little doubt that the creative rendition of the classic karate movie (which is, coincidentally, seeing its own resurgence on YouTube this week), is an amazing, individual pairing of Thompson and Till that sets the stage for an anticipated feature bout in the UFC’s first venture to Liverpool.

The Liverpudlian fans will be going wild for hometown rising star Till, and at that point, the poster obviously won’t matter.

You have to wonder if the UFC could have stepped up their design game for a fight with so many unique dynamics, however, especially given they’re owned by a Hollywood giant with a knack for success in a town full of flash.