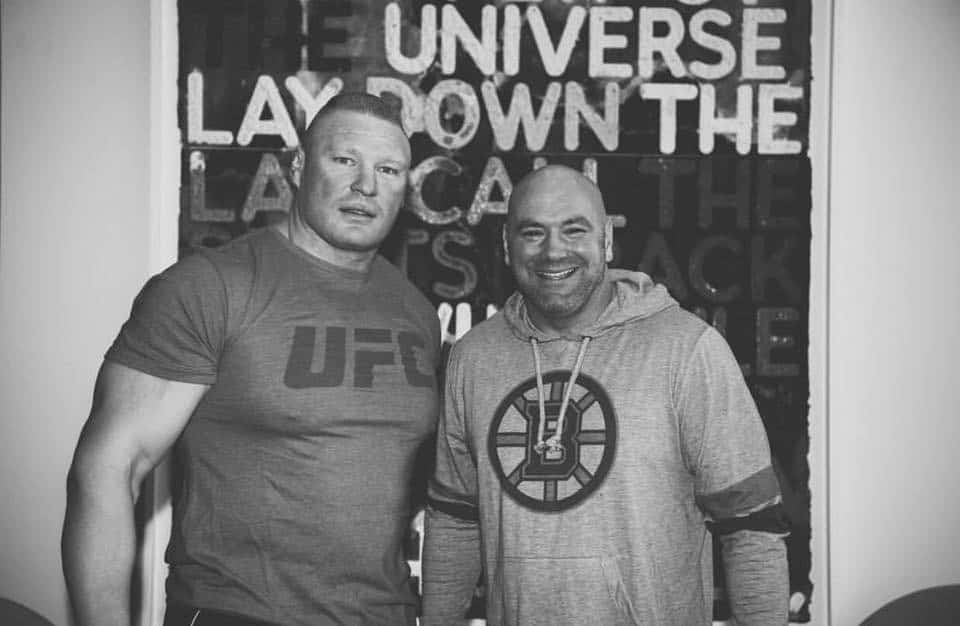 UFC President Dana White teased another Brock Lesnar return on Sunday night after posting a picture of himself with the former heavyweight champion and WWE superstar.

Lesnar held the UFC heavyweight title from 2008 until 2010, beating Randy Couture, Frank Mir, and Shane Carwin before a stomach illness and tough losses to Alistair Overeem and Cain Velázquez cut his prime short.

He left the UFC to return to his roots in professional wrestling but did make a comeback at UFC 200, where his victory over Mark Hunt was overturned due to a failed performance-enhancing drug test.

White had expressed serious interest in putting together a Lesnar vs. Jon Jones fight prior to Jones subsequent failed drug test, but it seems as if another Lesnar comeback is on the table considering White’s post, which he posted on his Facebook, Twitter, and Instagram pages.

The picture shows an in-shape Lesnar wearing a UFC t-shirt next to a beaming Dana White, whose smile suggests some kind of deeper meaning. The only caption is a smiley face emoji, which only furthers the suggestion that the two are making or have already made a deal.

Do you expect to see the former heavyweight champion back in action? Or is White’s social media post just intended to throw fight fans for a loop?