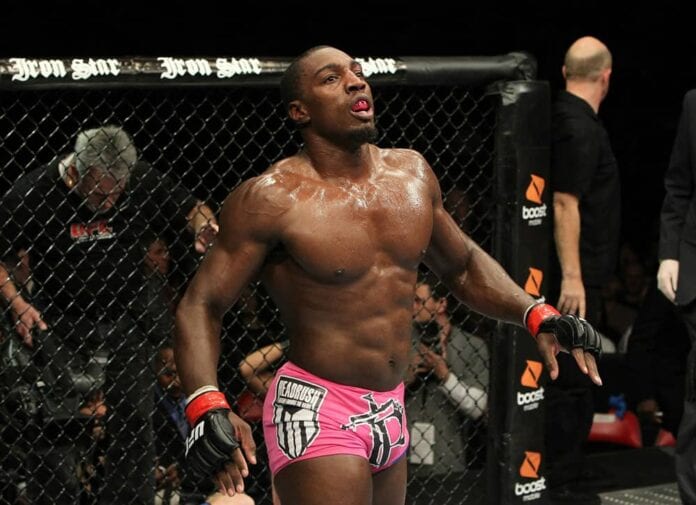 With two losses in his last three bouts, no. 7-ranked UFC light heavyweight Phil Davis is headed to fight for a new promotion.

The deal was expected to be announced as early as today, and it was. Bellator just released a photo on Twitter featuring Davis signing his new contract:

It’s a “wonderful” day here at #BellatorMMA. Proud to welcome @philmrwonderful to the family! http://t.co/Kr5eW0RgfP pic.twitter.com/0oGkXBIDty

“Mr. Wonderful” released a statement on the signing through the promotion’s official website, calling himself “the best grappler in the history of MMA”:

“I can’t wait to be fighting in Bellator and wreck shop on everyone. I am the absolute best and most dominant grappler to ever fight in MMA and I’m excited to get in there and compete at my new home.”

“Phil is a world class Mixed Martial Artist and we are very happy to be adding him to OUR roster of some of the best Light Heavyweights in the world. Bellator remains fully committed to building its world-class roster by signing top free agents like Davis, as well as grooming up-and-coming stars. We’ve got some amazing matchups in mind for ‘Mr. Wonderful’ that we will be announcing in the weeks to come.”

Once thought to be a future contender to Jon Jones’ long-held light heavyweight throne, Davis’ momentum sputtered at last April’s UFC 172 when he dropped a one-sided decision to current no. 1 contender Anthony “Rumble” Johnson. The dominant four-time NCAA Division I All-American wrestler has arguably the best pure mat technique in the division, but his fights aren’t exactly the most exciting. All five of his most recent bouts have gone to a decision, and he hasn’t gotten a finish since he submitted Wagner Prado, who no longer fights in the Octagon, at UFC 153.

Still, he owns wins over fighters like Lyoto Machida, Alexander Gustafsson, Glover Teixeira, and Antonio Rogerio Nogueira, making him a prime candidate to challenge Bellator champ Liam McGeary for the belt in his first fight. And with his wrestling skills, he certainly has a chance to become champion and rule over a flock of lesser talent in the MMA world’s second largest cage.

Will “Mr. Wonderful” dominate in Bellator?