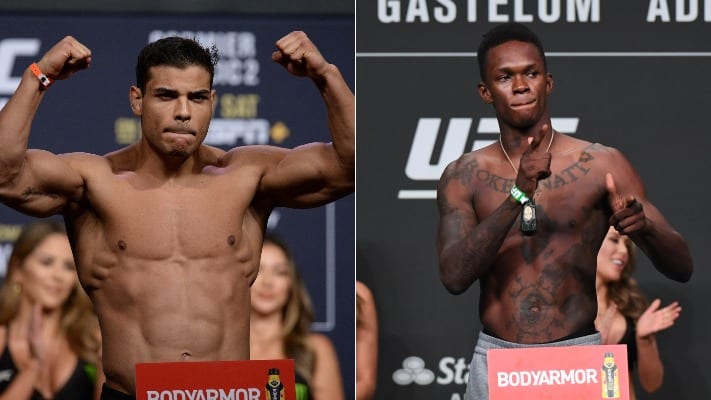 Paulo Costa will have to miss out on his UFC middleweight title opportunity. Costa was expected to be the first challenger for Israel Adesanya’s 185-pound title. However, Costa suffered an injury that requires surgical repair, now putting him out until the second quarter of 2020.

Now, there are heavy talks of Adesanya fighting Yoel Romero instead, who Costa edged via decision earlier this year to earn his shot at the middleweight title. Costa recently took to Twitter and posted several Tweets related to Adesanya, but has since deleted at least one of them. The Brazilian referred to “Stylebender” as a “pu**y African.”

“Adesanya is afraid, into himself knows. He try looks good but everybody so skinny and fragile as him fell afraid to fight against powerful guys. P***y African!”

One fan responded to Costa’s Tweet saying he doesn’t recommend he pick a fight with all of Africa. However, Costa said he only wants to kill one African, that person being Adesanya.

“I wanna kill only 1 African . That skinny bigmouth”

I wanna kill only 1 African . That skinny bigmouth 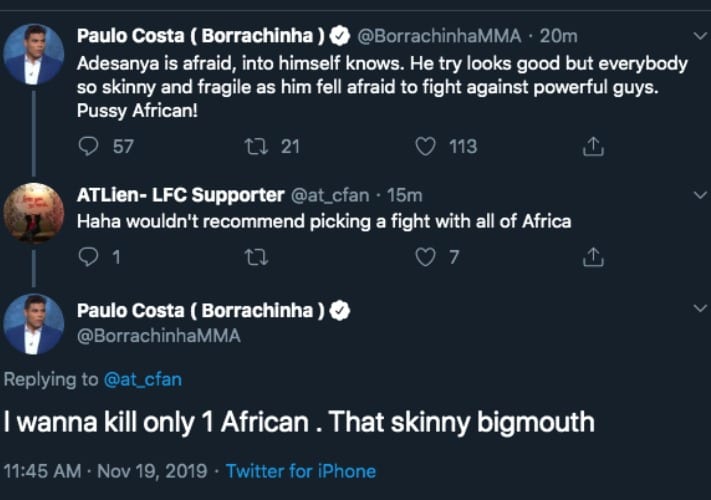 As of this writing, Adesanya has not responded to Costa’s comments. It will be interesting to see if Costa receives a title shot once he is healthy enough to return to training.

What do you think about Costa’s comments towards Adesanya?