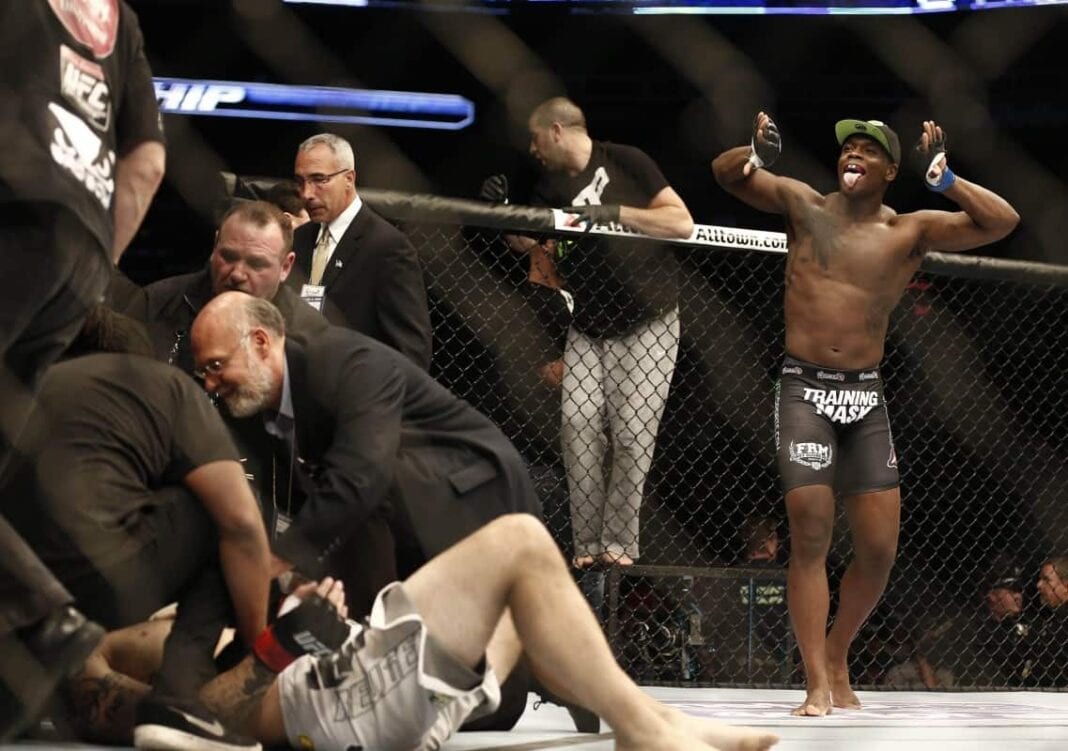 Number six ranked Ultimate Fighting Championship (UFC) light heavyweight Ovince Saint Preux (18-6) may be in for his toughest test to date when he battles Glover Teixeira (22-4) at UFC Fight Night 73.

“OSP” had his five-fight winning streak snapped by Ryan Bader last year. The former University of Tennessee standout rebounded nicely by knocking out former UFC light heavyweight champion Mauricio “Shogun” Rua in 34 seconds. A knockout win over Patrick Cummins back in April has got “OSP” pushing for another lengthy streak.

Saint Preux spoke with Sherdog.com on his upcoming matchup with the former light heavyweight contender, Teixeira:

“I’m definitely excited about it. Glover is definitely a good fighter, he’s been around for a while. He’s one of those guys that is dangerous in many aspects. His standup is good, he’s knocked out guys. He’s never been finished within the UFC.”

While Saint Preux was complimentary of the Brazilian stalwart, he feels he’s in a better position to win the fight:

“He’s a smart fighter, but at the same he’s coming off two losses. I feel like his back is against the cage and I’ve got a lot of momentum going towards me. As long as I keep that momentum going, I think I’ll be pretty good.”

After his first round thrashing of Cummins at UFC on FOX 15, “OSP” expressed interest in a fight with Quinton Jackson. “Rampage’s” camp declined the match proposal. Saint Preux explained why a bout with Jackson had his interest:

“Given the fact that ‘Rampage,’ within the 205-pound division, if you’re talking about legendary fighters, he fits in that category. I had a win over ‘Shogun’ who was by far one of the top fighters in the 205-pound division, so that’s what I was going off (wanting to fight Jackson) to capitalize on the momentum. At the same time, (Jackson’s) from Memphis and I’m from Knoxville, so I thought it would be a good idea for Nashville, Tennessee to duke it out.”

UFC Fight Night 73 will take place from the Bridgestone Arena in Nashville, Tennessee on Aug. 8, 2015.