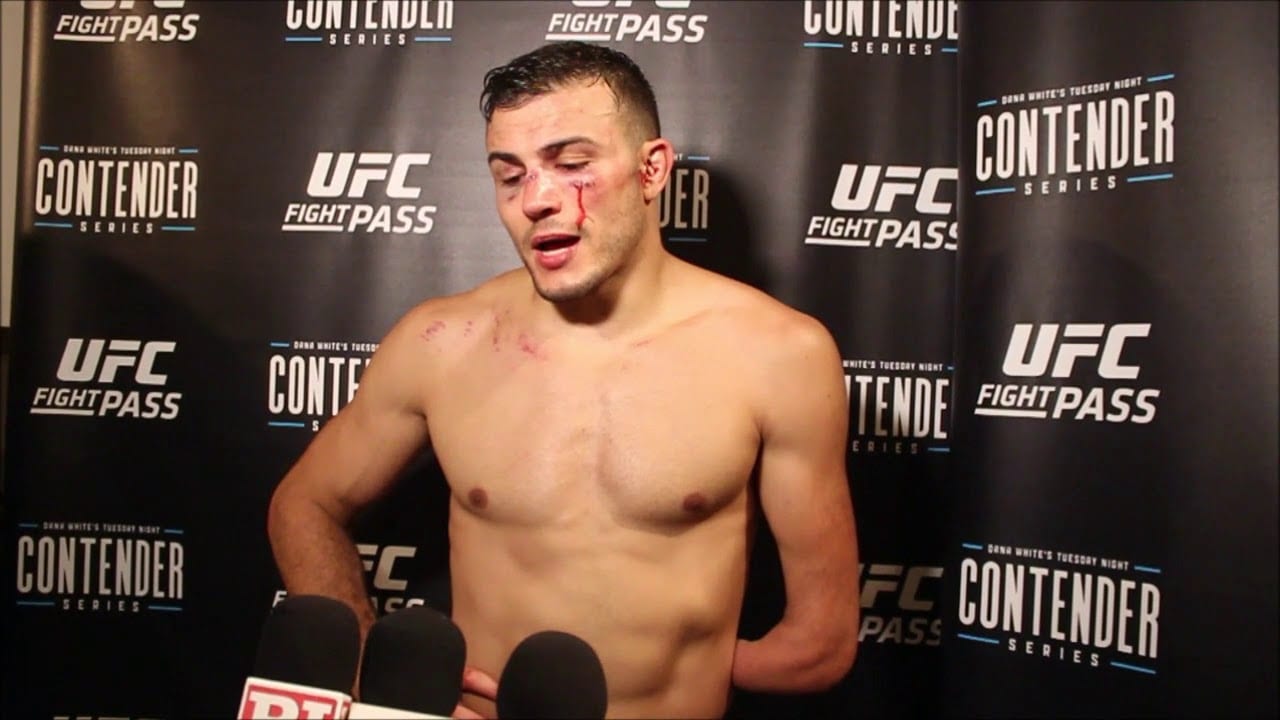 Nick Newell was given his shot after years of competing at the chance of receiving a UFC contract but walked away with a loss at UFC President Dana White’s Contender Series 14 on Tuesday night that aired on the UFC’s streaming service, UFC Fight Pass.

As seen on the broadcast, Newell (14-2) was bloodied up and beaten in a unanimous-decision loss to lightweight Alex Munoz (5-0) in the main event of this show that took place The Ultimate Fighter Gym in Las Vegas but despite the defeat, Newell was able to talk to the media where he spoke about the loss and how he plans to continue to fight after holding a 14-1 record before his unofficial UFC audition

“He was the better man,” Newell said to MMA Junkie. “I don’t make excuses. It’s a fight, and it wasn’t my day. It was his day, and he deserves it. I worked 17 years for this. A lot of people take breaks and are doing other things all week, partying and stuff like that. I’m always focused, always training, and this is a lifestyle choice for me. I’m just going to get better from here.

“I am who I am because I’m never content. Nothing’s ever good enough for me. I’m a guy who lost his first 17 wrestling matches and went on to be all-state, went on to win a world title in MMA. (I was)14-1, and now I’m 14-2. It sucks, but this is the game we play. There are winners, and there are losers. Today wasn’t my day.”

Newell also shed some light on his brief conversation with UFC President Dana White after the fight where he talked about hoping to join the UFC roster one day despite this latest loss.

“He told me, ‘Good job,’” Newell said. “I just want to fight in the UFC, but nothing is given. Everything is earned. I’ve taken the hard route my whole life, and I’m used to it. I don’t want anything given to me. I want everything I’ve earned. All I asked for was a chance. I got my chance, and I didn’t make the most of it. I have it. I know I have it, and I’ve just got to show it. I’ve got to sit back, and I’ve got to watch and I’ve got to learn. … I’m better than what I showed, and I just have to work and get better and improve.”

With it taking a bit for him to even get a shot on this show, it will be interesting to see if White decides to book him in another fight to allow him to have the chance at redemption.