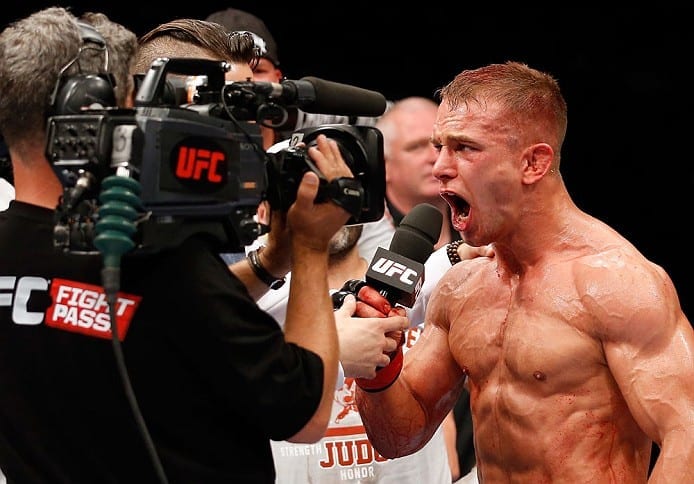 The two fighters didn’t waste much time in getting starting, trading very shorts early before a brief clinch. Sajewski knocked Hein down for a second and clinched again along the cage until the German broke. Hein eventually snapped a front kick, and Sajewski rushed forward with a quick combo of punches. Hein responded with his own strikes and a takedown, returning to his feet to pepper Sajewski with some great left hands.

In the second, Sajewski came out pushing the pace, but Hein nailed him with a body kick. Sajewski rushed in with some punches, but Hein countered with more effective shots as the bout opened up a bit. The fighters struggled to find their range yet again, however, with several strikes missing until Hein finally found a home for a punch and low kick. Hein sought a bodylock takedown but couldn’t complete it, breaking free to land some accurate punches and a hard body kick at the bell.

Hein came out with a hard shot in the third round, following up with some good shots until an eye poke halted the action. On the restart, Hein peppered his body kick again, moving in and out of the pocket to stay one step ahead. Sajewski landed a couple strikes but it wasn’t enough, as Hein continued with  more hard left hands. One-two combos flowed freely, and a huge right hook wobbled Sajewski. He landed more as the fight wore down. Utilizing great movement, Hein used a higher volume of more accurate shots to take home a unanimous decision for his German fans.