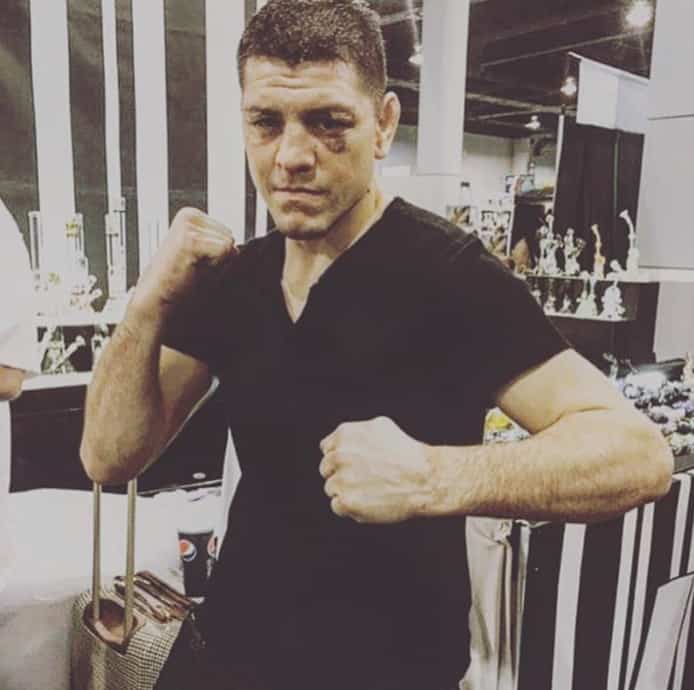 Nick Diaz hasn’t fought since his no contest against Anderson Silva back in 2015, but interest in his comeback has remained high.

Diaz fans can finally rejoice, as the Stockton Slapper was reinstated into the UFC and had his suspension officially end this week after , making him eligible again to fight.

Diaz posted this on Instagram in response to his reinstatement:

Talks of fights with Conor McGregor, who his brother Nate went 1-1 with, welterweight champion Tyron Woodley, and many others have stated their intent to fight the elder Diaz brother.

Diaz’ suspension stems from a one-year term he was given for a USADA whereabouts violation. He was recently tested by the UFC’s anti-doping partner for the first time since 2016.

With no opponent or date set in stone yet, who should Diaz (26-9-2 NC) fight upon his UFC return?